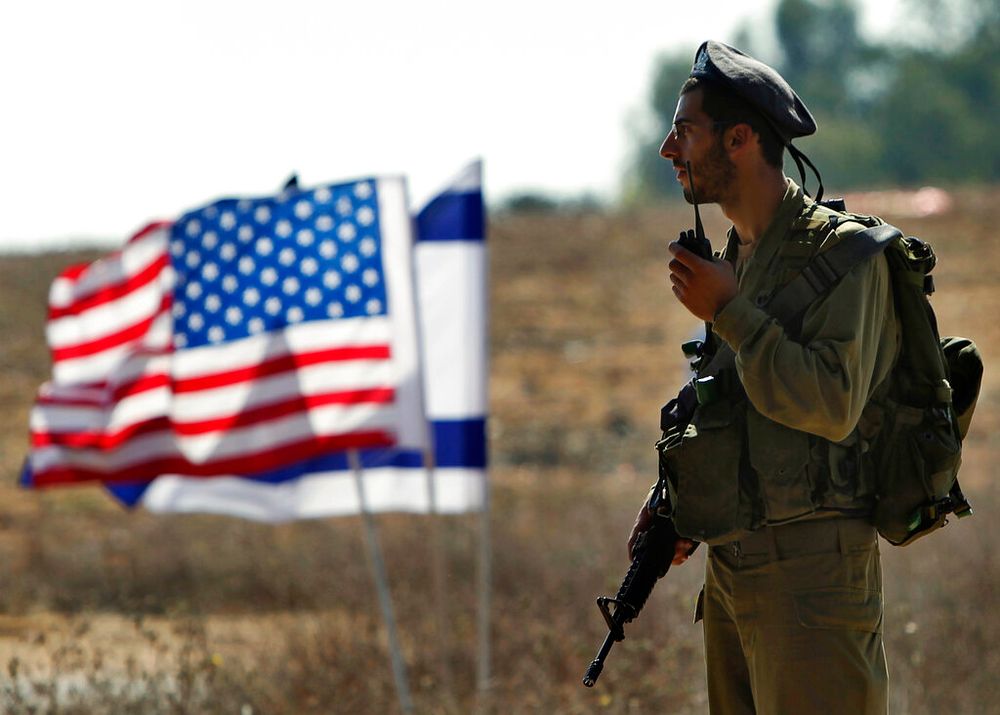 The US and Israel launched their largest joint military exercise ever on Monday, sending what they call a clear signal to Iran. Tehran has repeatedly warned that any mistake by the US and Israel will be met with a crushing response.

The live-fire exercise, named Juniper Oak, will include 100 US aircraft with fighters, bombers and refueling aircraft flying alongside 42 Israeli aircraft. The USS George H. W. Bush carrier strike group will also take part in the exercise, which will cover all the domains of warfare to include space and electronic warfare.

“We can’t really find another (exercise) that even kind of comes close,” said a senior US defense official. Nearly 6,500 US personnel will participate in the exercise, as well as more than 1,100 Israeli personnel, the official added.

The US official acknowledged the possibility for disagreements with the nascent government but stressed the non-negotiable bipartisan commitment to Israel.

“The security commitment that we have to Israel is irrespective of the particular personalities and particular government,” the US official stated.

In December, US Secretary of State Antony Blinken said Israel’s government will be gauged on its “policies and procedures, rather than individual personalities.”

The exercise comes as tensions between the US and Iran remain high. The Joe Biden administration has introduced sanctions on Tehran following the anti-government protests in the country which have seen demonstrators executed. Negotiations for a new nuclear agreement have also stalled.

Netanyahu has consistently taken a hardline stance towards Iran, vowing upon the swearing in of his new government to “thwart Iran’s effort to obtain nuclear weapons.”

As recently as Sunday, Netanyahu stated the US and Israel would hold meetings on Iran in the coming weeks, following a visit from US national security adviser Jake Sullivan.

“I was impressed that there is a genuine and mutual desire to reach understandings on this issue,” Netanyahu noted at the meeting.

The exercise, which marks a major increase in cooperation between the US and Israeli militaries, came together quickly, the official said, especially for something of this scale. Normally, such a large exercise involving so many different forces would take a year or more of planning, but his exercise came together in two months, the official added. Planning began under the previous Israeli government of Yair Lapid and finished under the current one.

US Central Command will lead the exercise. Israel was moved to Central Command’s area of responsibility in September 2021 following the announcement of the change towards the end of the Donald Trump administration. Despite the shift and the burgeoning ties between Israel and Persian Gulf Arab countries, none of those countries will take part in the exercise. Instead, the US official stated they will be briefed on its after its conclusion later in the week.

“These kinds of exercises – which CENTCOM routinely conducts with our partners – develop interoperability between military forces, increase military capabilities and are important to the security and stability of the region,” said Gen. Michael Erik Kurilla, the commander of US Central Command, in a statement.

“The lessons learned during these exercises are exportable to our partners across the region,” he added.

A previous US-Israel military exercise held in late-November was described by Israel’s military, the Israel Defense Forces (IDF), as a simulation of a “long-range operational scenario and long-distance flights,” including a “campaign against distant countries,” a thinly-veiled reference to Iran.

The US official stressed that this exercise was not intended to be a simulation of an attack on Iran’s nuclear facilities, but the official acknowledged that Iran would be watching and taking note.

“I do think that this scale of the exercise is relevant to a whole range of scenarios, and Iran may draw certain inferences from that,” the official said, adding, “It would not surprise me if Iran, you know, sees the scale and the nature of these activities and understands what the two of us are capable of doing.”

Israel, which was vehemently against a return to the nuclear deal, pushed for a more aggressive US posture toward Iran and has promised to act against Iranian forces in the region. The US has repeatedly promised under Democrat and Republican administrations that Iran will not be allowed to acquire nuclear weapons.

“We would prefer a diplomatic outcome,” the US official stressed, “but we have other capabilities, if required.”