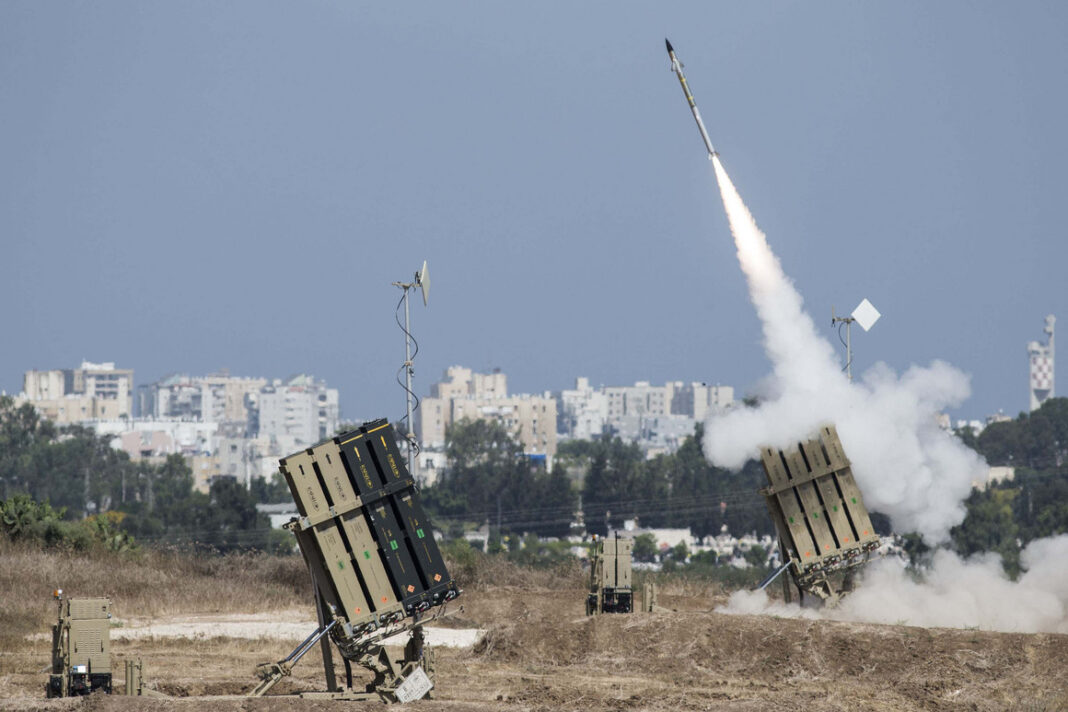 The US House of Representatives has approved $1bn in additional funding for Israel’s Iron Dome missile system after days of controversy around the push.

The House passed legislation on Thursday to provide $1 billion to support Israel’s Iron Dome missile defense system after Democrats stripped the funding from a stopgap bill to prevent a government shutdown due to progressive objections earlier this week.

The standalone bill to ensure the Iron Dome funding passed handily on a bipartisan basis, 420-9, with two Democrats voting “present”. Eight liberal Democrats and one Republican voted in opposition.

House Democrats passed a bill on Tuesday that would keep the federal government funded through Dec. 3, but Republicans universally opposed it because it included a provision to suspend the debt limit into next year.

Because of the widespread GOP opposition on Tuesday, House Democrats couldn’t afford more than three defections and still pass the bill on their own. Democratic leaders therefore opted to remove the Iron Dome funding from the government spending bill to accommodate progressives’ concerns and instead consider it on a standalone basis.

The debate over the Iron Dome funding once again laid bare the internal Democratic divisions over Israel, which have repeatedly flared since they took over the House majority two years ago.

House Majority Leader Steny Hoyer (D-Md.) spoke with the Israeli foreign minister on Tuesday and assured him that lawmakers would address the Iron Dome funding, despite its removal from the bill to prevent a government shutdown on Oct. 1.

Funding for the Iron Dome, which is designed to help Israel defend itself from rocket attacks launched by Hamas in Gaza, has long enjoyed bipartisan support. Democratic members of the House Appropriations Committee sought to stress that the funding is purely for defensive purposes and cannot be used by Israel for procurement of offensive weapons.

“As we continue to stand up for a two-state solution that achieves peace, security and hope and opportunity for both Israelis and Palestinians, we vigorously, strongly, unshakably stand for Israel’s right to defend itself against terrorism,” Hoyer said.

But moments before Hoyer took to the podium on the House floor, tensions flashed as Rep. Rashida Tlaib (D-Mich.), the lone Palestinian American member of Congress, spoke out against the Iron Dome funding.

“We cannot be talking only about Israelis’ need for safety at a time when Palestinians are living under a violent apartheid system,” Tlaib stated, calling the Israeli government “an apartheid regime.”
“We should also be talking about Palestinian need for security from Israeli attacks,” she added.
Rep. Ted Deutch (D-Fla.), who is Jewish, subsequently abandoned his prepared remarks and angrily blasted Tlaib for having “besmirched our ally”.
“I cannot, I cannot allow one of my colleagues to stand on the floor of the House of Representatives and label the Jewish democratic state of Israel an apartheid state. I reject it,” Deutch noted.

Deutch argued that describing the Israeli government in such terms is “consistent with those who advocate for the dismantling of the one Jewish state in the world. And when there is no place on the map for one Jewish state, that’s anti-Semitism”.

The Senate is expected to consider the standalone Iron Dome funding bill at a later time.

But the bill that the House passed on Tuesday to keep the federal government funded through Dec. 3 and suspend the debt limit before an October deadline is set to fail amid widespread GOP opposition in the Senate.

Democrats argue that they acted to suspend the debt limit multiple times during the Trump presidency and that the accumulated debt is also a result of spending from those years.

“From the start, they’ve planned to use a party-line fast-track process to ram this through the Senate on their own,” McConnell said on the Senate floor Thursday, referring to the budget reconciliation process Democrats are using for their spending plan to circumvent a GOP filibuster.

“That’s why Republicans will not help this unified Democratic government with its basic duty to raise the debt ceiling,” he added.