US general warns of civil war in Afghanistan 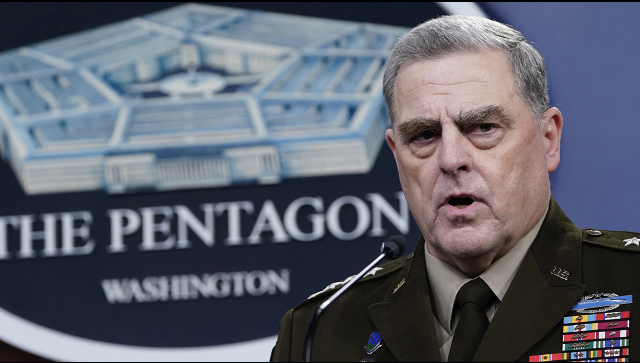 There is a “very good probability” that Afghanistan will descend into civil war, Army General Mark Milley warned following the chaotic US withdrawal, vowing to continue strike operations when “opportunities present themselves".

“My military estimate is… that the conditions are likely to develop of a civil war,” the Chairman of the Joint Chiefs of Staff told Fox News’ Jennifer Griffin on Saturday.

Following its blitz takeover of Afghanistan, the Taliban now controls most of the country except for last pockets of resistance in the Panjshir Valley. Heavy clashes continue in the strategic region, despite both sides insisting to have advantage and claiming to have inflicted heavy losses on their enemies.

Milley expressed doubt that the Taliban will be able to establish a sustainable government, and warned that power vacuum and chaos could lead to resurgence of Al-Qaeda, the Islamic State (IS, ISIS, ISIL or Daesh) and “other myriad” of terrorist groups.

In order to keep America ‘safe’, President Joe Biden’s administration previously vowed to continue “over-the-horizon” counterterrorism missions, but Milley admitted that with no troops on the ground and crippled intel gathering capabilities, the US “will have to reestablish some human intelligence networks”.

“And then as opportunities present themselves, we’ll have to continue to conduct strike operations if there’s a threat to the United States,” he noted.

One such opportunity presented itself last week, when a US drone targeted a vehicle in Kabul, which the US Central Command claimed posed an “imminent” threat to the evacuation efforts ongoing at the Hamid Karzai International Airport at the time. It followed a suicide bombing by a local offshoot of Daesh terror group, in which dozens of Afghans and 13 US soldiers were killed, just before the last American troops left the country.

Milley called the raid a “righteous strike” that eliminated “at least one” person who was a “facilitator” for Daesh terrorists. Local media and the Taliban, however, stated that 10 civilians were killed as a result – seven of them children.