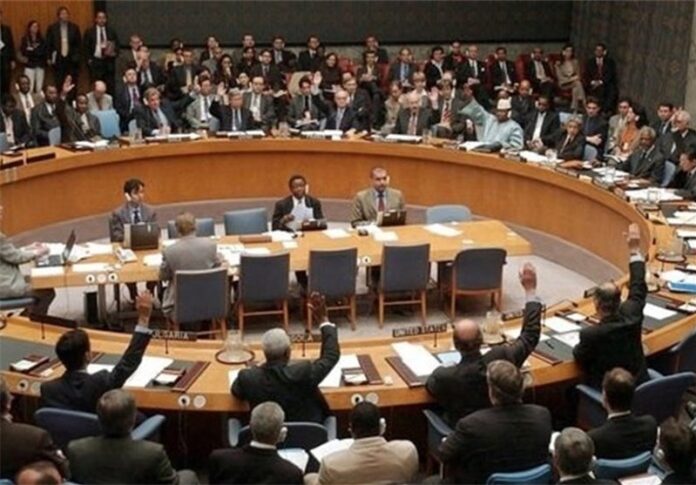 A Russian draft resolution demanding respect for Syria’s territorial integrity and sovereignty – an effort to curb Turkish military action in the country – has failed to gather support at the UN Security Council.

Russia called for a meeting of the council as Turkey intensified its shelling of Kurdish militants in northern Syria and was allegedly considering sending Turkish ground troops into the country.

The draft resolution, which does not mention Turkey or any other country specifically, “strongly demands to fully respect the sovereignty” of Syria and to “immediately halt any cross-border shellings and incursions as well as abandon all attempts or plans for foreign ground intervention”.

Vladimir Safronkov, Russia’s deputy ambassador to the UN, told reporters after the meeting that putting troops on the ground would “undermine all fundamental decisions” taken so far to end the conflict in Syria, and that Russia will insist on pushing the resolution forward.

However, the draft was quickly dismissed by the US and France, which are both veto-wielding members of the council.

Samantha Power, US ambassador to the UN, said the resolution was a distraction, the Associated Press reported.

“Rather than trying to distract the world with the resolution they just laid down, it would be really great if Russia would implement the resolution that’s already agreed to,” Power said, citing a resolution endorsing a roadmap to end the Syrian crisis.

Asked whether France supported the Russian draft, Francois Delattre, French ambassador to the UN, said “the short answer is no”.

He warned of a “dangerous military escalation” in northern Syria, which he claimed was “the direct result” of increased military operations by the Syrian army and its ally Russia, calling for an end to the offensive.

Yasar Halit Cevik, Turkish ambassador to the UN, defended his country’s military operations against the Kurds, saying Turkey was exercising its right to self-defense against terrorist threats.

Cevik said Turkey would not put boots on the ground unless it was part of a “collective action” authorized by the Security Council or by the US-led international coalition against Daesh (ISIL).