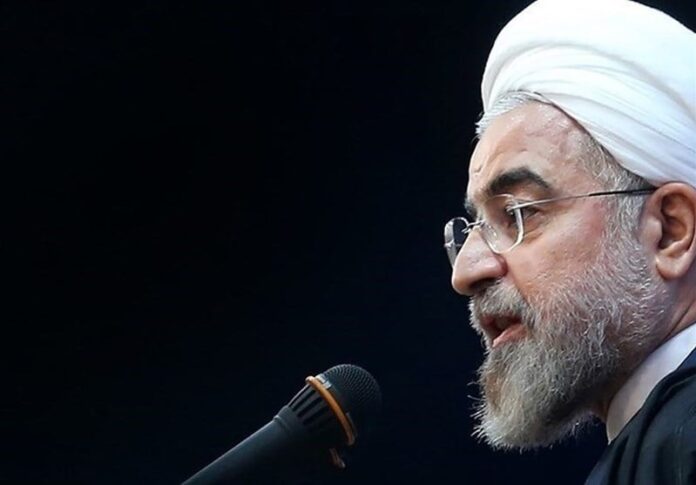 Iranian President Hassan Rouhani downplayed the recent anti-Iran threats made by the US President Donald Trump administration officials, saying that such threatening statements will not intimidate the Iranian nation.

Addressing a gathering of Iranian athletes on Tuesday, Rouhani pointed to the recent remarks made by the US officials, including, Secretary of State Mike Pompeo, against the Islamic Republic and said, “The Iranian nation is not afraid of empty threats and is so much greater than Trump, Pompeo, (John) Bolton and all these people who have gathered in Washington as extremists.”

“The Iranian nation have been victorious in all periods of history and I want to say it here, Mr Trump! This nation will be victorious against you.”

President Rouhani then lauded the Iranian athletes, and said, “Our country’s athletes have always generated hope for the Iranian nation and the young.”

“If the society has hope and vitality, all problems can be resolved,” said Rouhani, adding, “Above athletes and their coaches’ hard work, what is important is believing in victory and championship.”

“If we believe that it is our right to stand on the podium at world championships, we will succeed in that goal because training, practice and hard work are followed by victory.”

According to the official website of the President, Rouhani then pointed to the Iranian national football team’s participation in the 2018 world Cup, and stated, “It is not important what team we are going to play against in World Cup, but rather we must believe that we are able to win.”

The President also went on to express happiness that women are active in sports, saying, “All honors that we have achieved are indebted to tireless efforts of mothers who have trained us and helped us to choose the best path in the course of our lives.”