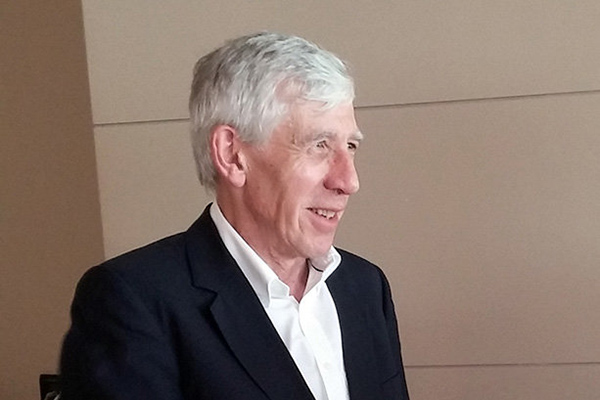 In an exclusive interview with Mehr, the former UK Foreign Secretary Jack Straw talked about a host of issues including the JCPOA, ISIS, Yemen and of course, Brexit.

Kazakhstan’s capital city of Astana was hosting the 13th Eurasian Media Forum on April 20-22, with many global figures attending as speakers. Former British FM Jack Straw was also among the speakers and, on the sidelines of the event, sat down with Hamid Reza Gholamzadeh of Mehr’s English edition to respond to a number of questions in an exclusive interview. Here is what he had to share:

The NYTimes published a report recently saying that Europeans are dissatisfied with US regulations – sanctions on Iran’s missile program as well as the visa waiver rule –as MEP Marijetje Schaake put it, “Europe is being taken hostage by American policy; We negotiated the nuclear deal together, but now the U.S. is obstructing its execution.” You believe that US administration is pro-JCPOA and it is Congress which is curbing it… Do you think that Obama and his team have done enough to push the deal forward, or is the US taking the JCPOA hostage to put pressure on Iran’s missile program?

I am completely clear that the administration of President Obama fully supports the JCPOA and wants to see it implemented; President Obama and Secretary Kerry invested huge amount of political capital in it. As you know, Obama even had to face down direct opposition in Congress from Bibi Netanyahu. So, currently they strongly favour the deal. The problems which have arisen between this US administration during the last 9 months of its life and Congress are hard. A Democrat president has a Republican Congress, that is important and it is very frustrating. In my view – and I don’t speak for the British government – it is very frustrating for the UK as well. Both of us have interests in Iran, and are doing what we can to seek a resolution to this.

I‘m very concerned about it and many people come to me who are involved or want to be involved in trade with Iran, and they are also concerned.

During the Saadabad negotiations back in your time, you and other European officials didn’t recognize Iran’s right to have centrifuges, while Iran was fully committed to NPT and Additional Protocol – why? Don’t you think that if you had accepted it, the deal might have been reached years earlier?

All of us accepted Iran’s right to a civil nuclear program. I personally accepted Iran’s right to run some centrifuges for a low-enrichment program. We gained an interim agreement in October 2003 that was agreed in Tehran, and we had two more agreements in Paris and Brussels. But we were very close to a final agreement; and when I saw Dr. Zarif at the beginning of 2014, on a parliamentary delegation, he acknowledged that what stopped the deal in 2005 was not about centrifuges; it was our inability to get agreement from the Americans for concessions like aircraft spare parts.

You have talked of the role Wahhabism has played in forming extremist and terrorist groups such as ISIS – can you elaborate on that?

Wahhabism was a homegrown movement within Sunni Islam to I quote ‘purify Islam,’ and you see that in other religions. I said it is a perversion even from Wahhabism, but it seems to me that to deal with this virus that has infected the mindset of these men, you need to take military action to eliminate them, but you still have to deal with the problem in their mind, and to challenge them theologically; I mean in a very direct way, because what they claim is that the more extreme you are in terms of day to day behaviour, the closer you are, they say, to the Almighty and everyone not believing like them is an infidel and it is not only about Christians, it is about Shias as well. They celebrate violence and suppression of women. I don’t see enough challenge, intellectual and theological challenge, against this. Another issue is the lack of what we would call in Europe a “reformation” within Sunni Islam. I think there are differences between Shiism and Sunnism which are striking in all sorts of ways. I’m very struck by sorts of parallels between what we had in Europe and what there was in Iran. The fact that, in the 16th century, in Iran and also in England, leaders break away from a supernatural authority over their religion, and started to develop religious practice and theology to fit their national culture and identity. The Safavids in Iran did that, and Henry VIII in England. The second thing is, there is an authoritarian structure in the Church of England, and also in Shiism, the Ayatollah. The theology of the church requires them to move with the time, to keep up with science and, for example, to encourage literature and books like this. Look at the vibrancy of intellectual life – in Iran, filmmakers and people like that can go to workshops and so on. I know it is a bit of generalization, but there is a shortage of such intellectual figures in some Sunni countries.

The UK is one of main sources of arms sale to the Saudis, who reportedly are supporting ISIS with their weapons. You said that “There is support from elements in Saudi Arabia for ISIS in Syria.” Do you think that London’s selling of weapons to Riyadh can be justified if they are supporting terrorists?

I’m quite sure no arms that we have sold Saudis have gone to ISIS. The system that we have in the United Kingdom for export licenses for arms is very, very tight. I cannot comment on particular sales as I haven’t seen the licenses. But I can tell you from my period in government, that in the five years that I was in charge of granting licenses to these exports, we looked at the applications very carefully, and turned down some, and they were all reported to a committee in the House of Commons. 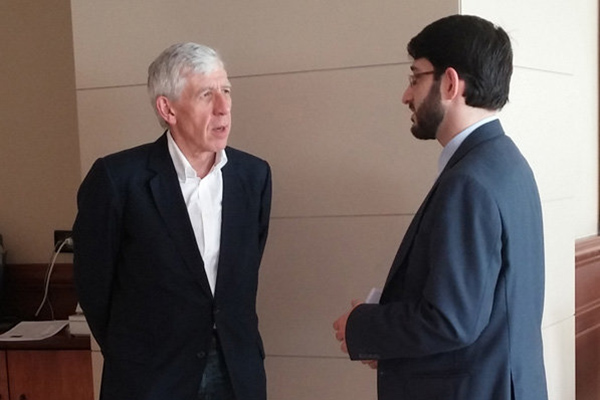 President Obama just visited your country, paying his probable farewell visit as president to the UK; it seems that Brexit was main topic at the meeting. What’s your take on this trip? What outcomes do you expect?

I think what he said was very helpful. And I think it will assist the campaign against Brexit. Let’s say I’m strongly in favour of Britain remaining inside the EU, as I see very little advantages in leaving and very big disadvantages, and it generally increases the risks to the future of the UK in all sorts of way. So it was very helpful, I can say, and I noted there are some politicians on the other side who complained about Mr. Obama’s right to offer his opinions; yet these people like Boris Johnson are telling other people what to do every day! Just as we are entitled to comment on events and policies in the United States, and we do all the time, they are also entitled to comment on us. I hope very much that we will win; it looks like we will, but there is still time to go.

For more than a year now, the Saudis have been invading Yemen, killing women and children and destroying their infrastructure. Why are Europeans, and particularly the UK, still silent on the issue?

This silent war shows the relativism of news reporting across the world. It is a difficult country to get into, precisely because it is one of the poorest countries in the world and the region. Western states don’t have much of stake in it. That becomes sort of reinforced as people don’t know a great deal about it. Everybody I speak to believes that it has been a disaster and there has to be a political settlement. Of course, there are people in the GCC who do support this action against Yemen, but there are also people who have serious reservations about the situation in Yemen.

So do such things matter in UK export licenses for arms sale that you said?

You asked me questions about licensing for arms; I don’t know quite certainly that none of arms we sold Saudis have gone to ISIS; I don’t know, sitting here this morning, about the situation of the Saudi forces or the UAE forces, and the use of those arms in Yemen. I think it is being considered by a parliamentary committee in England.

I think there is a general problem about a lack of information and understanding about Yemen. One example is that Houthis, who believe in seven Imams, are considered as Shias, who believe in 12 Imams.

What is your opinion about the leadership of Jeremy Corbyn in the Labour Party?

As you know, he and I were together on the parliamentary delegation to Iran in January 2014; he is a nice man, very interested in world affairs. I didn’t actually support him; I supported a different candidate, Yvette Cooper, who I thought was better qualified for leadership. Now, he is leader and everyone in the Labour party is concentrated on winning the upcoming elections in Scotland, for the London mayor and in municipalities elsewhere. We have Sadiq Khan who is Labour candidate for mayor of London, who if elected, will be the first Muslim mayor of London. And beyond that, we have the referendum on Brexit. So, Mr. Corbyn was elected democratically and we all get on with it.

How do you see the relations between Iran and UK after the nuclear deal? In which areas do you see more potential for cooperation?

With the signing of the JCPOA, there has been a big change in the approach of the government overall, and the government has now said they want to open and improve relations with Iran and I’m delighted about that. I want to see a reopening and flowering of the relationship; I believe this should be the beginning of political and cultural cooperation. In terms of business, the prime minister very wisely appointed Lord Norman Lamont as UK trade representative. That’s very important because Lord Lamont, like me, has been a long-standing supporter of Iran and spoke out for Iran when it was unpopular to do so. Now we are gradually increasing our diplomatic representation in Tehran. In terms of trade, Britain is very good in oil and gas, and also in manufacturing and obviously in services of all kinds like investment, legal services and so on. That’s why it is very important to us to get the Americans out of the way and have the Americans clear these obstacles out of the way.

I’m a member of the British-Iran Chamber of Commerce, which is led by Norman Lamont; and there is a great British-Iranian diaspora, particularly in London; and they had a tough time during the period of sanctions. I don’t have any formal role in relations, but people come to me for advice.

Jack Straw served as UK foreign secretary in Tony Blair’s cabinet and was one of three European FMs conducting first rounds of nuclear talks between Iran and the EU3.