US Analyst Interview – How Would the Next US President Treat Iran? 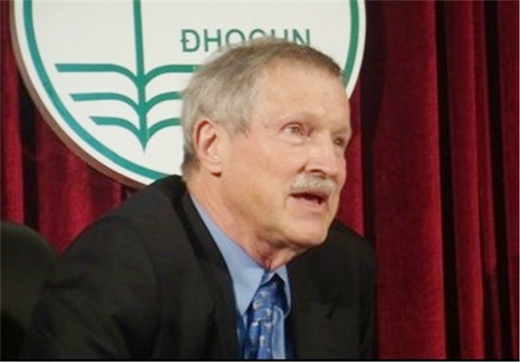 An American political analyst said that a potential revocation of the JCPOA nuclear deal between Tehran and world powers by the next US president would draw negative responses from European countries.

“Europe would react very negatively to a US abandonment of the agreement, and continue to pursue expanded economic relations, as long as Iran continued to abide by its terms,” I.M. Destler told Tasnim.

Prof. Destler is a scholar who specializes in the politics and processes of US foreign policymaking. He is co-author, with Ivo H. Daalder, of In the Shadow of the Oval Office (Simon and Schuster, 2009), which analyzes the role of US presidents’ national security advisers, from Kennedy through to George W. Bush.

What follows is the full text of the interview.

Q: Do you think the outcome of the next presidential elections would change US foreign policy?

A: Foreign policy has not been the dominant issue in the campaign, for either party, and it is always uncertain how campaign rhetoric will translate into policy once a new president enters office. Between now and then, I don’t see the campaign as having a major policy effect.

Q: What will be the reaction of a potential Republican winner of the upcoming polls to the Joint Comprehensive Plan of Action (JCPOA) between Tehran and world powers?

A: Both Trump and Cruz have denounced the Iran deal, but what they would actually do is uncertain, since renunciation would leave the United States alone in its dealings with Iran.

In the (unlikely) event that either was elected, he might try to extract some further (at least symbolic) concession from Iran, or toughen the US posture towards Iran in some other way. As for general policy, each has talked of a tougher, more assertive foreign policy generally.

Either one would likely shelve the Trans-Pacific Partnership (TPP) trade agreement if it were not approved before he entered office.

Q: You mentioned Ted Cruz and Donald Trump. What about Hillary Clinton and Bernie Sanders? How would they receive the deal?

A: President Clinton would adhere to the deal. She would provide, for the most part, foreign policy continuity, but perhaps would be more ready to use US military force in the Middle East/Persian Gulf region. She would seek a way to amend the TPP so that she could say she improved it, if it went into force.

President Sanders would adhere to the Iran deal, abandon TPP, and otherwise be less aggressive in policy, I expect.

Q: What would be Europe’s reaction if a Republican takes the Oval Office?

A: Europe would react very negatively to a US abandonment of the agreement, and continue to pursue expanded economic relations, as long as Iran continued to abide by its terms.