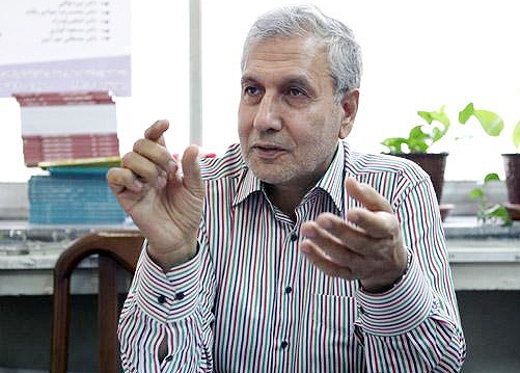 The labor minister has said the country needs to mobilize all its potential on different fronts to materialize its target economic growth rate and create more jobs.

The minister of cooperatives, labor and social welfare has said that Iranian society has been plagued by certain ethical disorders, adding universities can enter the scene and help society in this regard.

Ali Rabie made the remark Wednesday in a ceremony to respect the role of teachers and added that teachers have always played a key role in the social life of people.

The following is the translation of excerpts from the minister’s remarks as reported by the Islamic Republic News Agency on May 7:

The minister said universities should hold out a helping hand to solve the country’s basic issues on different fronts, especially ethical and social problems.

Rabie further said a number of university graduates are still out of work, adding today those who finish their academic studies cannot be a source of creativity because a problem – which has its roots in textbooks or teaching methods – stands in the way.

He went on to say that we lack a production-driven country. “What has happened to [this] society? People who dug qanats one day to tap into the subterranean waters are now seeking to get [the government’s monthly cash] subsidies.

“Creativity has been hurt in society. The country’s attitude toward labor has changed and the culture of labor faces fundamental problems,” said the labor minister.

As for the economic growth, he said Iran needs an eight percent economic growth to create 900,000 jobs each year, adding we need to mobilize all our potential on different fronts to materialize such growth.

To improve ethical standards in society, he stressed, we need to upgrade the culture of labor and economic transformation.

The minister said that the target economic growth rate [eight percent] is achievable, but to improve ethics and the culture of labor in society, universities should step forward and offer a helping hand.