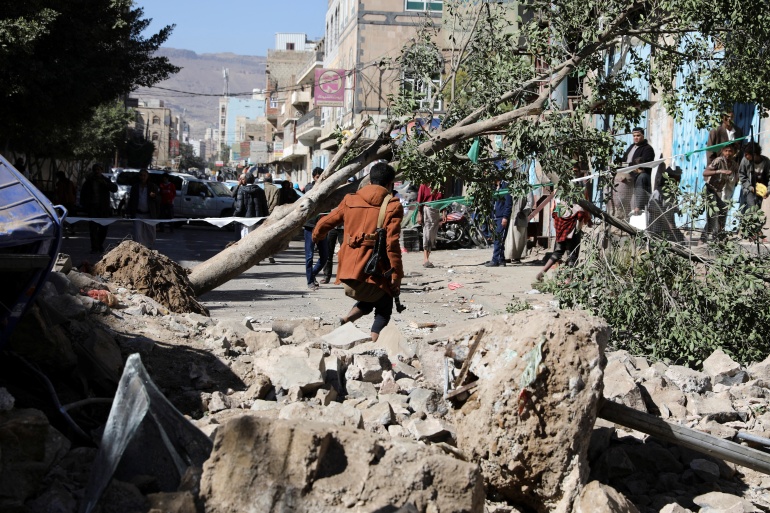 Saudi coalition air raids on Sana’a have resulted in loss of civilian lives, and damaged civilian infrastructure and residential area, the special envoy of the United Nations secretary general for Yemen has confirmed.

Hans Grundberg has denounced the recent major military escalation in Yemen and called on the warring parties to immediately de-escalate.

He stressed that this escalation undermines the prospects of reaching a sustainable political settlement to end the conflict in Yemen. The envoy also emphasized that violations of international humanitarian and human rights law in Yemen cannot continue with impunity.

“The escalation in recent weeks is among the worst we have seen in Yemen for years and the threat to civilian lives is increasing. Airstrikes on Sana’a have resulted in loss of civilian lives, and damaged civilian infrastructure and residential areas. The continued offensive on Ma’rib and the continued missile attacks on the governorate are also resulting in civilian casualties, damage to civilian objects and mass displacement,” the envoy said.

Grundberg further expressed his concern about the sustained attacks against Saudi Arabia which also resulted in civilian casualties and damaged civilian infrastructure.

“Any targeting of civilians and civilian objects as well as indiscriminate attacks by any actor is a flagrant violation of international humanitarian law and must stop immediately. The parties must also preserve the civilian character of public infrastructure,” he added.

Grundberg further expressed dismay about the impact of the escalation on an already deteriorating humanitarian situation.

“2021 is ending on a tragic note for Yemenis, millions of whom are struggling with poverty, hunger and severe restrictions on their freedom of movement. In this regard, I reiterate the United Nations’ call for the opening of Sana’a airport and for removing obstacles hindering Yemenis’ ability to move within or between governorates inside Yemen,” he stated.

He noted that he stands ready “to work with the parties to find immediate solutions to de-escalate the violence, address urgent humanitarian needs, and enable a political process aimed at sustainably and comprehensively ending the conflict in Yemen”, and he urged the parties to engage positively with the United Nations efforts in this regard.