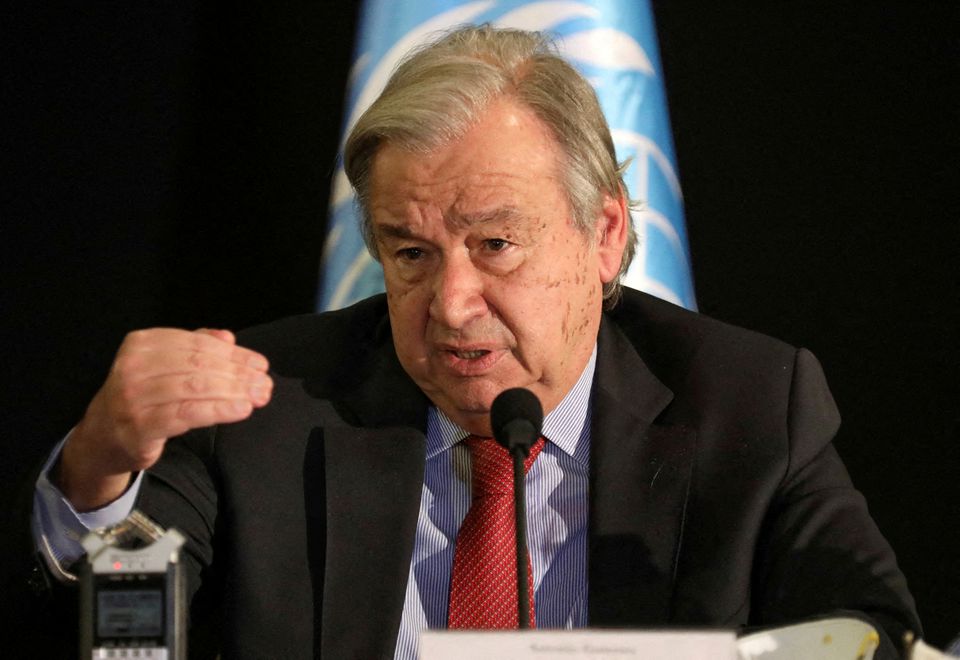 Afghanistan is "hanging by a thread", United Nations Secretary-General Antonio Guterres told the Security Council on Wednesday. He called on the world countries to authorize all transactions needed to carry out humanitarian activities in the Taliban-ruled state.

He also pushed for a suspension of any rules or conditions constricting “lifesaving” aid operations as millions in the country suffer extreme hunger, education and social services are on the brink of collapse, and a lack of liquidity limits the capacity of the United Nations and aid groups to reach people in need.

“We need to give financial institutions and commercial partners legal assurance that they can work with humanitarian operators without fear of breaching sanctions,” said Guterres, noting that the 15-member council last month adopted a humanitarian exemption to UN sanctions tied to Afghanistan.

Some $9.5 billion in Afghan central bank reserves remain blocked abroad and international development support has dried up since the Taliban seized power in August. Donors seek to use the money as leverage over the Taliban on issues including human rights.

“There is compelling evidence of an emerging environment of intimidation and a deterioration in respect for human rights. This suggests that the consolidation of government authority may be leading toward control of the population by fear,” the UN special envoy on Afghanistan, Deborah Lyons, told the council.

In December, donors to a frozen World Bank-administered Afghan Reconstruction Trust Fund agreed to transfer $280 million to the World Food Program and UN children’s agency UNICEF to support nutrition and health in Afghanistan.

Guterres stated the remaining $1.2 billion in the fund needed “to be freed up urgently to help Afghanistan’s people survive the winter.”

The US ambassador to the United Nations, Linda Thomas-Greenfield, told the council that Washington had moved to ensure that US sanctions do not impede humanitarian activity and it is examining various options to ease the liquidity crunch.”

Dominik Stillhart, ICRC director of operations, announced “intense” discussions between the United Nations, the ICRC, the World Bank and key donor countries were centered on a “humanitarian exchange facility” that would be supported or managed by the World Bank and allow for cash to be injected into the Afghan economy.

He told reporters that money could be deposited in the facility and “under certain conditions that cash could be made available to traders in Afghanistan,” though he stated it was a stopgap measure because “it needs to be the central bank that has to be capacitated to discharge these functions.”

Stillhart said agreement was needed between the UN, World Bank and key donors to “kick-start this facility,” noting that the discussion was not related to the unfreezing of Afghan assets or changes to sanctions on the Taliban.

He added a separate idea was also being discussed that would involve using money from the World Bank-administered Afghan Reconstruction Trust Fund to pay non-security public sector employees.

The United Nations earlier this month appealed for $4.4 billion in humanitarian aid for Afghanistan in 2022. On Wednesday, it announced it needed a further $3.6 billion for health and education, basic infrastructure, promotion of livelihoods and social cohesion, specifically the needs of women and girls.