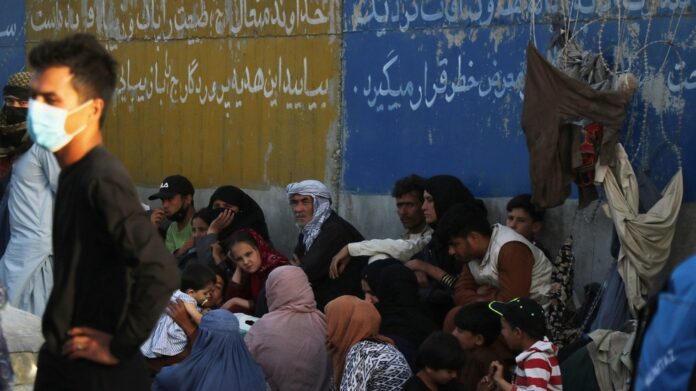 UN chief Antonio Guterres on Monday urged the world community to dig deep and provide desperately needed aid to Afghans, and to support women and others whose rights appear threatened by the Taliban.

Speaking to ministers gathered for a donor conference for the violence-torn country, Guterres insisted that “the people of Afghanistan need a lifeline”.

“After decades of war, suffering and insecurity, they face perhaps their most perilous hour,” he said at the UN’s European headquarters in Geneva.

“Let us be clear: This conference is not simply about what we will give to the people of Afghanistan. It is about what we owe,” he added.

The UN Secretary General’s comments came just under a month after the Taliban swept into power in Afghanistan, sparking a chaotic exit for the United States and its allies after 20 years in the country.

The half-day conference is seeking to raise the $606 million which humanitarian agencies say is urgently needed to provide life-saving aid to millions of Afghans over the four final months of the year.

Among other things, the money is needed for critical food and livelihood assistance for nearly 11 million people and essential health services for 3.4 million.

Guterres stressed that Afghans were experiencing “one of the worst humanitarian crises in the world” even before the Taliban takeover on August 15.

Some 40 percent of the country’s GDP was already drawn from foreign funding, and half of the population was already dependent on humanitarian aid, according to the UN.

Afghanistan is also facing a devastating drought and mass displacement in addition to the impact of COVID-19.

Fears now abound that other countries’ reluctance to deal with the Taliban could push Afghanistan over the edge.

Guterres announced that the UN would release $20 million from its Central Emergency Response Fund to support the humanitarian operation in Afghanistan.

But he stressed that more money is needed — and quickly.

A number of UN agency and other aid chiefs echoed that sentiment.

“We could have mass-migration, destabilisation in the region, and for certain starvation among millions of Afghan people,” David Beasley, head of the World Food Programme, warned, urging countries to “please step up, step up now so that we can do our job”.

Filippo Grandi, head of the UN refugee agency, addressing the conference via video-link from Kabul, urged donors to provide flexible funding, to make it possible to address a rapidly shifting displacement crisis in the country.

And the head of the International Committee of the Red Cross, Peter Maurer, just back from Afghanistan, said “the magnitude of need is evident”, and warned that “the risk of destabilising the entire region is real”.

Beyond the humanitarian crisis, Guterres and others also highlighted the need to safeguard human rights in the country, and especially to protect the gains made for women and girls over the past two decades.

“Afghan women and girls want to ensure that gains are not lost, doors are not closed and hope is not extinguished,” he added.

The hardliners have pledged a more moderate brand of rule than in their notoriously oppressive 1996-2001 reign.

UN humanitarian chief Martin Griffiths, who also visited Kabul last week, told Monday’s conference that the Taliban had committed in writing to protect humanitarian workers, and also to respect the rights of women and minorities, within the confines of religion.

But on the ground, they have moved swiftly to crush dissent and there are worrying signs when it comes to the rights of women.

“In contradiction to assurances that the Taliban would uphold women’s rights, over the past three weeks women have instead been progressively excluded from the public sphere,” UN rights chief Michelle Bachelet told the UN Human Rights Council earlier Monday.

She also decried “credible allegations” of reprisal killings of former members of the security forces, and “increasing violence against protesters and journalists”.