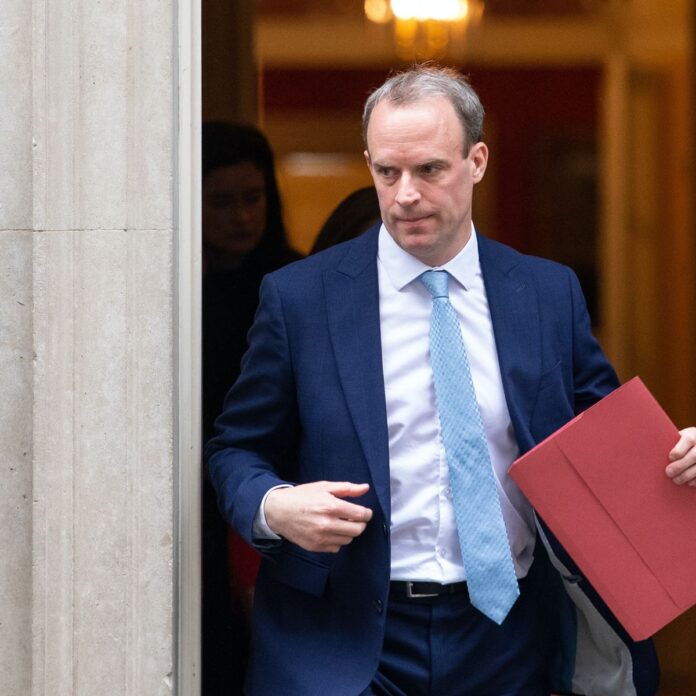 Dominic Raab has lost his job as the UK foreign secretary in a government reshuffle carried out by Prime Minister Boris Johnson.

Raab’s demotion to justice minister followed a long meeting with the prime minister on Wednesday afternoon. He has however also been appointed deputy prime minister and lord chancellor.

As chief diplomat, Raab faced strong criticism last month for delaying his return from a holiday in Greece as the Taliban took over Afghanistan.

His departure was confirmed by Downing Street, the prime minister’s office, on Twitter. It has since confirmed that Raab’s replacement will be Liz Truss, formerly trade secretary.

There have also been rumours that Home Secretary (interior minister) Priti Patel could be losing her job, but this has since been reported to be less likely.

Downing Street has confirmed that the Chancellor of the Exchequer (finance minister) Rishi Sunak will be staying in his post.

Earlier three ministers appeared to confirm their own departures.

The first to imply he was leaving was Education Secretary, Gavin Williamson, who made an announcement himself on Twitter. He was quickly followed by Justice minister Robert Buckland, while a Housing Minister Robert Jenrick also tweeted about his exit.

Johnson’s government has been under pressure on several fronts and has seen its popularity fall, according to opinion polls. It recently announced a tax rise to fund social care for the elderly; rising coronavirus cases are posing a threat to hospitals, and the country is gripped by supply shortages linked to the pandemic and Brexit.

It was not immediately clear whether Williamson would be moving to another ministerial post after leaving education, but he made no mention of a new job so it looks likely he will be returning to the backbenches.

Williamson stated he was proud of reforms carried out to education for over 16-year-olds. However, he has been heavily criticised for exam disruption, school closures and his department’s handling of the pandemic.

In his previous role as defence secretary, he attracted ridicule for famously declaring that “Russia should go away and shut up”, following the poisoning of former Russian spy Sergei Skripal and his daughter Yulia in Salisbury.

It was confirmed earlier that Johnson would shake up his Cabinet on Wednesday, attempting to move on from a series of political missteps and U-turns.

His office announced the prime minister would appoint “a strong and united team to build back better from the pandemic”.

Johnson carried out a sweeping government shuffle after his December 2019 election victory, sidelining lawmakers considered insufficiently loyal or lukewarm in their support for Britain’s departure from the European Union.

That left him with a strongly pro-Brexit top team, but critics say it shut many ambitious and competent lawmakers out of government.