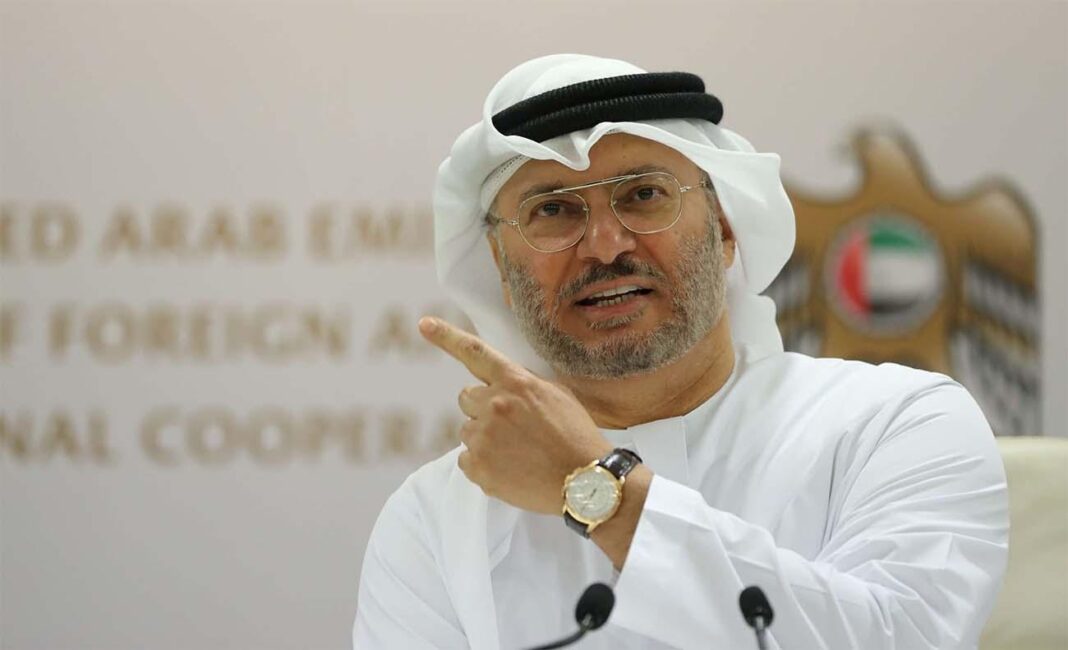 The United Arab Emirates (UAE) says Abu Dhabi is trying to manage rivalries with Tehran through talks to avoid new conflict in the region. It comes as Iran, in the recent past, has held four rounds of negotiations with its Persian Gulf rival, Saudi Arabia, to restore the damaged relationship.

Speaking at the World Policy Conference on Saturday, Anwar Gargash, a diplomatic adviser to the UAE president, expressed concern about a “looming Cold War” between the United States and China, saying there was uncertainty about the US commitment to the region as the Persian Gulf countries focus on the post-COVID-19 economy.

The Persian Gulf states enjoy strong economic relations with China and are also heavily reliant on the US military. They are now closely monitoring talks between Iran and the five major world powers – Britain, France, Germany, China and Russia – to revive a 2015 nuclear deal as well as the Taliban’s return to power in Afghanistan after the US withdrawal.

“We will see in the coming period really what is going on with regards to America’s footprint in the region. I don’t think we know yet, but Afghanistan is definitely a test and to be honest it is a very worrying test,” Gargash told the conference.

In efforts to de-escalate tensions, the UAE has been engaging with non-Arab countries of Iran and Turkey, which are playing a leading role in resolving conflicts in West Asia and North Africa. Iran and Saudi Arabia have also recently started an Iraqi-brokered dialogue process in Baghdad.

Iranian Foreign Ministry Spokesman Saeed Khatibzadeh said last month that Tehran is pleased with how negotiations on bilateral issues have proceeded with Saudi Arabia, emphasizing that the two regional players have the capacity to establish “sustainable” ties.

Khatibzadeh added Iran had had several rounds of talks with the Saudi government in the Iraqi capital over the past few months. “There have been good talks regarding bilateral issues. There has also been very serious progress in negotiations concerning the security of the Persian Gulf”.

Elsewhere in his address, the UEA official noted he is “very positive” about reaching out to Iran and that it would change its regional course, adding that he is “betting Iran is also concerned about vacuum and escalation”.

Gargash added the COVID-19 pandemic placed non-political priorities at the forefront and a main concern now was being caught in between the US and China.

“We are all worried very much by a looming Cold War. That is bad news for all of us, because the idea of choosing is problematic in the international system, and I think this is not going to be an easy ride,” the UAE official continued.

In August, Iranian Foreign Minister Hossein Amir Abdollahian reiterated the Islamic Republic’s resolve to cooperate with all neighbors, including the UAE, saying the two countries can make strides toward promoting good neighborliness in the region.

In a post on his Twitter account, Amir-Abdollahian said he had “a positive and cordial conversation” with UAE Vice President and Prime Minister Sheikh Mohammed bin Rashid Al Maktoum on the sidelines of the Baghdad Conference for Cooperation and Partnership, which was held on August 28.