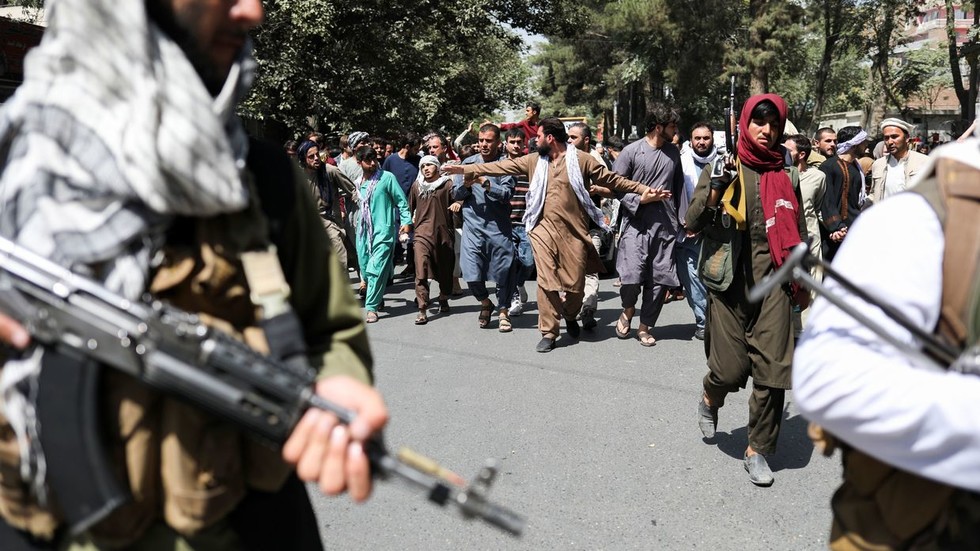 Two people were shot dead and eight wounded in an anti-Taliban demonstration in the western Afghan city of Herat on Tuesday, medical sources say said.

The bodies were brought to the city’s central hospital from the site of the protest, a doctor, who asked not to be named out of fear of reprisals, told AFP.

“They all have bullet wounds,” he added.

The Ashwaq news agency also reported on Tuesday that the Taliban militants, which took over Afghanistan, detained Kabul activists demonstrating against Pakistan’s presence in their country.

The Afghan agency posted a video on Twitter showing police and military vehicles taking away the detained activists, while some shots rang out.

The news agency also reported that the radicals arrested several journalists who were covering the protests in Kabul.

The TOLOnews TV channel mentioned that one of its cameramen was among those detained, while the channel’s Director Lotfullah Najafizada called on the Taliban to immediately release the journalist.