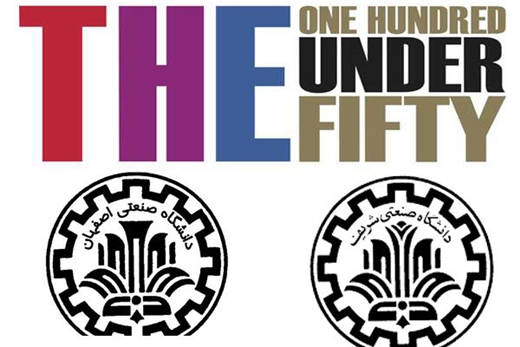 The Times Higher Education 150 Under 50 Rankings 2016 is a ranking of the top 150 universities under 50 years old. It celebrates young universities that have made a great impact on the global stage in years rather than centuries and showcases the future rising university stars.

The institute uses the same 13 performance indicators as the flagship Times Higher Education World University Rankings – measuring institutions on their teaching, research, citations, international outlook and knowledge transfer – but the methodology has been recalibrated to give less weight to reputation.

This year, Times has increased the number of universities in this ranking from 100 to 150.

“Both universities have a good record in two indicators of teaching and research. Sharif University has obtained the first ranking in teaching and second ranking in research in the Middle East,” said Dehghani.

“They have also obtained first rankings in industrial income in the Middle East,” he said. “However, they did not have a good performance in international outlook and citations.”

In the Middle East region, Turkey was ranked first with three universities, followed by Iran with two universities.