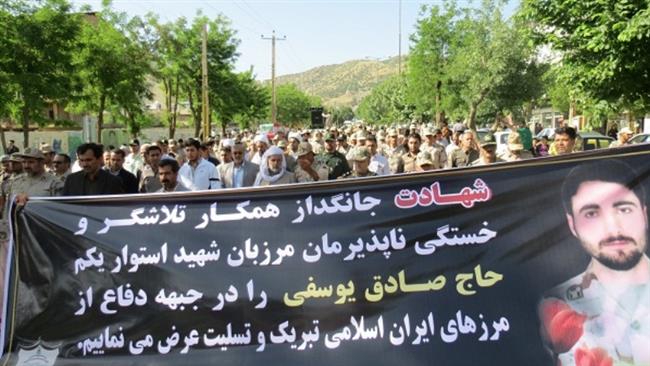 Two Iranian border guards have been killed in clashes with terrorists in the country’s northwest, a news agency has reported.

Earlier this month, Iran said it welcomed Turkey’s plan to build a 144-kilometer wall along its border. Ankara says the wall is aimed at halting the movement of PKK militants who are based in Iraq’s Qandil mountains bordering Iran and Turkey.

“We welcome any move that increases the security and stability of the border,” Iran’s Foreign Ministry spokesman Bahram Qassemi said.

The border wall is reportedly being constructed with three-meter concrete blocks topped off with razor wire, according to Turkish authorities.

Beside terrorists, smugglers also use the border to bring in bootleg goods such as alcohol into Iran from Turkey and northern Iraq.

Last month, 10 Iranian border guards were killed and two others wounded in an ambush attack near the town of Mirjaveh in the southeastern Iranian province of Sistan-and-Baluchestan.

The so-called Jaish ul-Adl terrorist group claimed responsibility for the attack. The assailants escaped into Pakistani territory immediately after the attack.