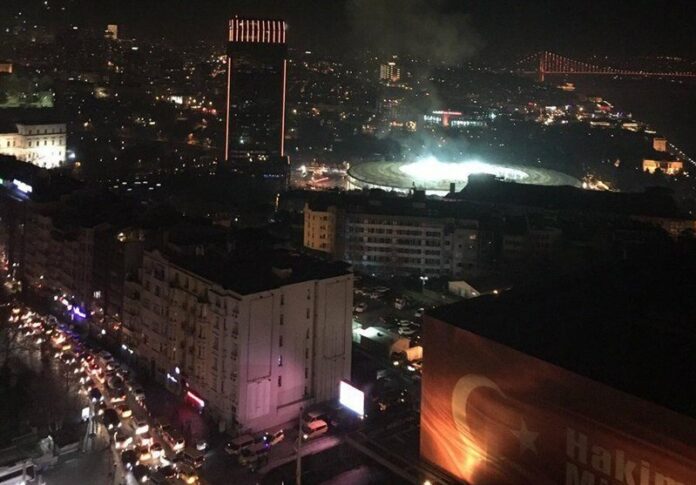 A car bomb followed by a suicide bombing less than a minute later killed 29 people and wounded 166 outside a football stadium in Istanbul on Saturday night, Turkish interior minister Suleyman Soylu said.

According to a report by IFP, all but two of the 29 people killed in the twin blasts in Istanbul were police personnel.

Deputy Prime Minister Numan Kurtulmus said the suicide bomber had detonated 45 seconds after the car bomb. Soylu said 10 people had been detained based on evidence from the detonated vehicle.

Soylu described the blasts outside the Vodafone Arena, home to Istanbul’s Beşiktaș football team, as a “cruel plot”, according to media reports.

In a statement, Turkish President Recep Tayyip Erdogan said, “A terrorist attack has been carried out against our security forces and our citizens. It has been understood that the explosions after the Besiktas-Bursaspor football game aimed to maximise casualties. As a result of these attacks unfortunately we have martyrs and wounded.”

There was no immediate claim of responsibility. Turkey has been hit by a series of bombings in recent years, some blamed on ISIS militants, others claimed by Kurdish and far-left militant groups.

The country has declared a day of national mourning over the bombings. According to a decree signed by Prime Minister Binali Yildirim, flags will be lowered to half-mast across the country.