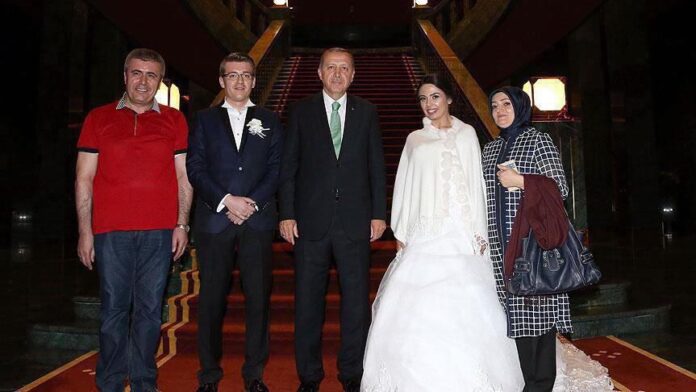 The aftermath of the failed coup in Turkey has led to surprising actions from the Turkish president, mostly in the way of a government purge, and now a more interesting one: receiving and giving a wedding gift to a newly-wed couple in presidential palace.

In a quirkier move, Turkish president Recep Tayyip Erdogan decided to host a newly-wed Turkish couple after they were reportedly demonstrating against the coup in front of the presidential palace in the capital city Ankara. 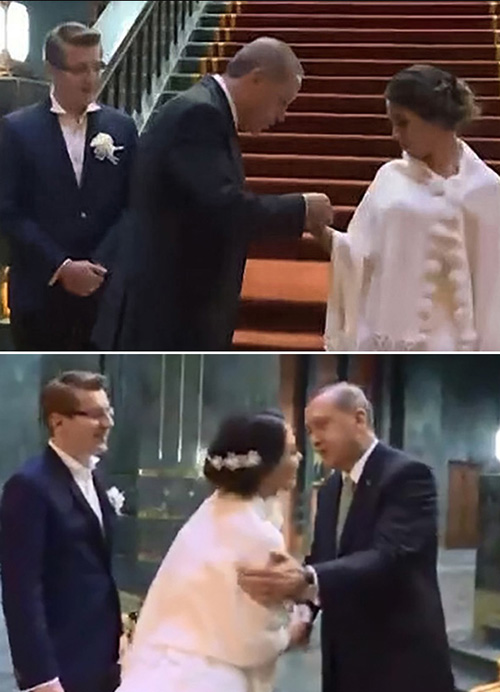 According to multiple news outlets, Erdogan surprised the couple by inviting them inside the presidential palace and in front of Turkish press, as reported by Khabar Online and covered by IFP.

Once inside, he shook hands and gave a kiss on the cheek to the delighted bride and groom before standing in front of the cameras for a brief photo-shoot, Al Bawaba reported.

In a video released by the Turkish TvNet, Erdogan can be seen putting a golden bracelet on the wrist of the bride before walking a bit and laughing with the newly-weds.

This is not the only story of married couples distinguishing themselves during the coup. Another couple in the city of Yaladagi turned their wedding party into a large outdoor demonstration against the coup as it was happening.