Turkey to Pull Out Forces from Iraq: Envoy 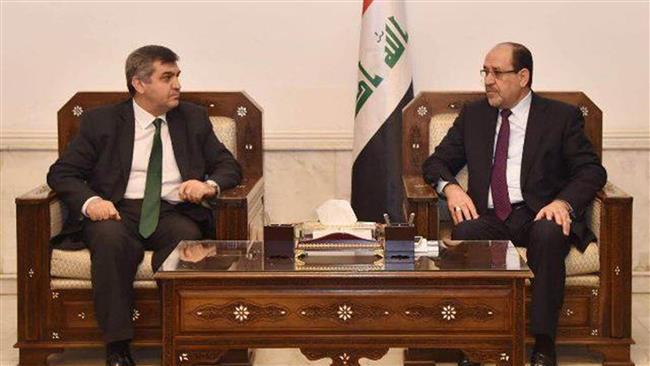 The Turkish Ambassador to Baghdad says his country will withdraw troops from Iraq, claiming that Ankara does not interfere in the domestic affairs of the Arab country.

Faruk Kaymakci made the remarks in a meeting with Iraqi Vice President Nouri al-Maliki in Baghdad on Thursday, Iraq’s al-Sumaria news network reported.

Last December, Turkey deployed some 150 soldiers, equipped with heavy weapons and backed by about two dozen tanks, to the Bashiqa military camp on the outskirts of Mosul, where a major operation in underway by Iraqi forces to liberate the city from Daesh terrorists.

Ankara claimed the deployment was part of a mission to train and equip Iraqi Kurdish forces in the fight against Daesh.

However, Baghdad has repeatedly asked Ankara to withdraw its forces from the region, describing Turkey’s military presence in Iraq as an infringement of its sovereignty.

Maliki, for his part, called for coordination between the two countries regarding mutual issues.

He also underlined the importance of reinforcing bilateral ties and expressed hope that the relations will advance in line with the interests of the two nations.

The two officials further discussed security and political situation and problems facing Iraq and the region.

The Turkish premier made the pledge in a phone conversation with his Iraqi counterpart, Haider al-Abadi, according to a statement released by Abadi’s office.

Late last month, the Arab League denounced Turkey’s interference in the affairs of Iraq and Syria, stressing that the Turkish government’s support for terrorists has now backfired.