A toy designed to teach children a lesson in archeology 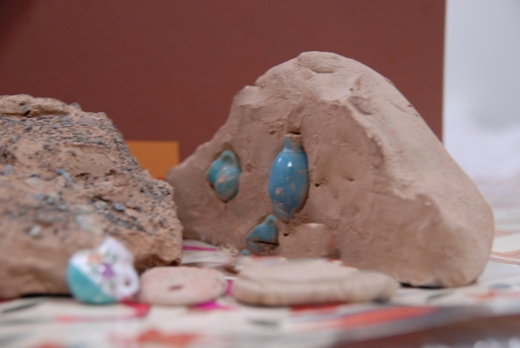 Going through different stages of the magic hill, children will get to know the difficulty that archeologists face in recovering ancient items that go on display in museums.

The website of the Research Center of Iran’s Cultural Heritage, Handicrafts and Tourism Organization (www.richt.ir) has reported that the center plans to introduce a new toy to the market to familiarize children and teenagers with archeology and the country’s heritage. What comes next is a partial translation of the report:

“The first model of the toy has been sent to a national competition of toy-designing which is held at the Sharif University of Technology,” said Leila Kafashzadeh, the head of the Department for Child Research and Education at the center.

Kafashzadeh, who is also the designer and inventor of the toy, expressed hope that the invention will catch the eye of the jury and investors so that it could be mass-produced later.

“The magic hill is a mass of dry clay that comes in the form of an archeological site. Inside the hills, there are some toy archeological items to be dug out by children. Going through different stages of the game, children will learn about the difficulties archeologists face in recovering ancient items that later go on display in museums,” she added.

Kafashzadeh went on to say, “The magic hill comes in seven packages. When a child buys the first package and gets his hands on the buried treasure, they get motivated to buy the other six. Having bought them all, the child can set up a museum of sorts at home and get familiar with the concept of running a museum.”

“The toy, which is intended for those in the 6-15 age group, can rekindle child patience and anticipation through sharpening their concentration and stimulating interest in pursuing and finally achieving the aim of the game. Also, through reading the brochures, children will learn a lot about Iran’s rich culture and the heritage that the past generations have left for them,” she stated.