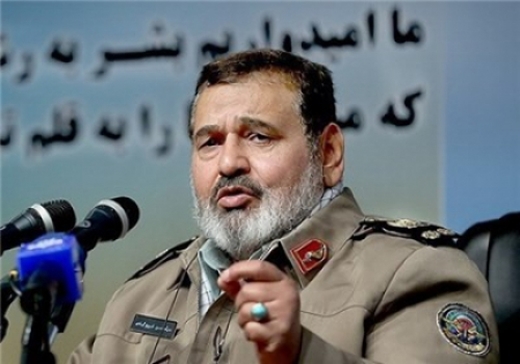 The Chief of Staff of the Iranian Armed Forces, Major General Hassan Firouzabadi, threw his support behind the law enforcement’s Moral Security Plan, stressing that it has worried those who break social norms in Iran.

Moral security is a great stength and advantage of Iran’s Islamic society, and the agencies in charge of social security and order should not allow it to be violated by a number of social deviants or enemy mercenaries, Firouzabadi said in an address, as reported by Sepah News and translated by IFP.

“What the law enforcement is trying to confront is the enemy’s attempts and plans to counter religious values, the Islamic Revolution, and the Islamic Establishment,” he went on to say.

“After its failure in hard and semi-hard conflicts, the enemy has resorted to a soft war, and is targeting society’s values and ethical and cultural principles in its confrontation with Iran,” the Iranian top officer added.

He further described the Hijab, one of the main aspects of the Moral Security Plan, as a phenomenon interwoven with Iranian identity, adding, “The Hijab has been accepted as a value in Iranian society for several centuries, and given its influence on society’s security, health, and peace, enemies of Islam have always tried to spoil it so as to achieve their goals.”

“Moral and psychological security are among the nation’s basic and inalienable rights,” he noted, stressing that the Moral Security Plan intends to provide just such psychological peace and security in order to accelerate the country’s development.

He strongly supported the plan, and described it as a legal move. “Any opposition to the plan will be regarded as resistance to the enforcement of law,” he added.