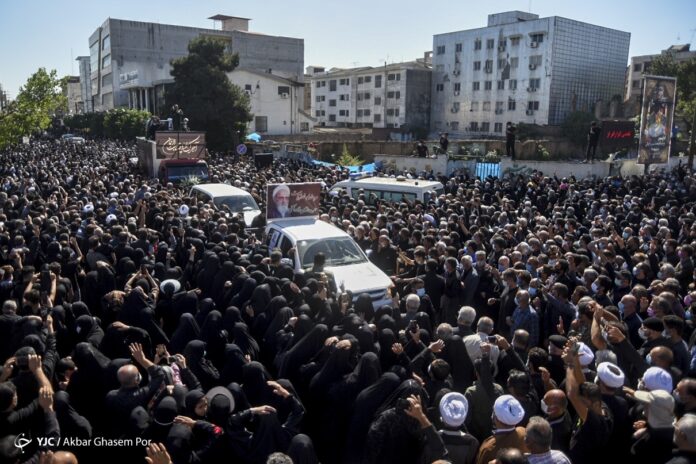 People have held a funeral procession for Ayatollah Allemeh Hassanzadeh Amoli in the northern Iranian city of Amol.

Thousands participated in the funeral held on Monday. Allameh Hassanzadeh Amoli was buried in his home village near Amol.

Mazandaran province has declared a week of mourning over the top Shia cleric’s passing.

He passed away on Saturday at the age of 93.

Leader of Iran’s Islamic Revolution Ayatollah Seyyed Ali Khamenei offered condolences over the cleric’s departure in a message on Sunday.