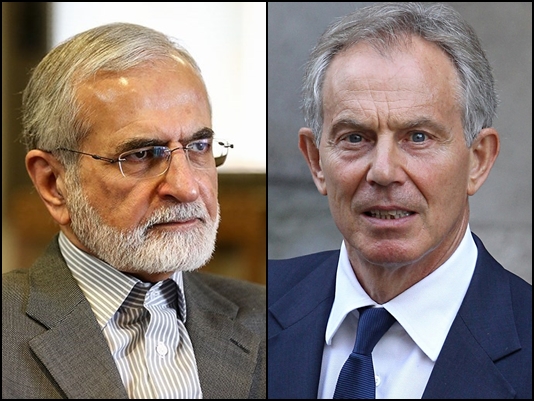 An Iranian politician believes that British Ex-PM Tony Blair’s apology for invasion of Iraq will remain as an eternal stain of shame in UK’s colonial history and a lesson for other aggressors.

In an interview with Entekhab, as translated by IFP, Kamal Kharrazi, the former Iranian Foreign Minister, described the Former British Prime Minister’s apology as a blemish.

“I gave the due warnings to Blair about the invasion of Iraq and its detrimental repercussions at that time in the meetings where Jack Straw, the English politician, was also present,” Kharrazi said.

He underlined that Blair, in response, flashed a conceited smile which indicated they had made the final decision to invade Iraq.

Kharrazi went on to say that he happened to have another meeting with Blair some time after the invasion of Iraq and seized the opportunity to advise him, “You’d better withdraw your troops before it’s too late.”

“This time, instead of that conceited smile, I found dark strains of regret on his face,” Kharrazi said.

After five years of failure against the fierce resistance of Iraq’s revolutionary people in Basra, Britain decided to make a quick, full retreat which was bad news for the US and its then-president.

A few days ago, ahead of the publication of the long-awaited Chilcot report, Blair expressed his apology over the UK’s role in Iraq war and said that he takes full responsibility for the decisions that led to the UK’s involvement in the 2003 invasion.