To secure inflow of capital, corruption and restrictive rules should be eliminated: Official 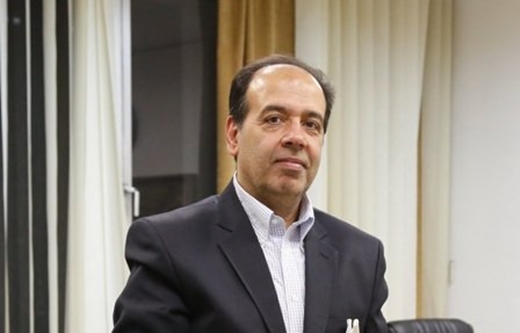 The head of Iran’s Chamber of Commerce has said that an inflated government can do little to pave the way for a resistance-based economy to grow.

The head of Iran’s Chamber of Commerce, Industries, Mines and Agriculture has said that the government’s new economic package which is meant to accelerate the growth of the national economy should be transparent as far as its implementation is concerned.

In a meeting of the representatives of Iran’s chamber of commerce, which was also attended by Speaker of the Islamic Consultative Assembly Ali Larijani, Mohsen Jalalpour appreciated the sensible and courageous foreign policy of the government but said that the state of the Iranian economy is not strong now.

The following is the translation of part of what Mehr News Agency quoted Jalalpour as saying in the meeting on October 19:

The head of the Chamber of Commerce said that the national economy is not in a good condition now, adding that the government has moved toward inefficient economic policies thanks to the unreasonable policies of the past promoting a state-run, oil-dependent economy.

He went on to say that in recent days the government has revealed an economic boom package which is to take effect in five months, but that the package comes with misunderstandings and lacks transparency when it comes to its implementation in five months.

“The chambers of commerce, guilds and cooperatives will definitely monitor the way the new economic package will be implemented and submit reports to the president, parliament speaker and judiciary chief,” he said.

If the current period can help the country gain a valuable experience, it would also turn the Iranian economy around, the official said, adding that the country also needs to change its governing principles and assumptions.

Jalalpour further said that a bloated government which has [too] many mouths to feed cannot set the stage for the country to regulate a resistance-based economy.

He said that injection of oil and tax revenues [into government coffers] should not result in a bigger slice of the cake for the government, adding that these sources of revenue should be used to build infrastructure, create a good business atmosphere in the country, and give the private sector a shot in the arm. These sources should not be exploited to give the government a bigger share of the national economy.

The stage should be set for the flow of domestic and foreign capital into the economy, he said, adding to that end we need to curb corruption and rent-seeking, create a competitive atmosphere, pass new laws, and eliminate cumbersome and restrictive laws.

The role the country’s judicial system can play in this regard should not be overlooked either, he concluded.