Time has come for the East to grow scientifically 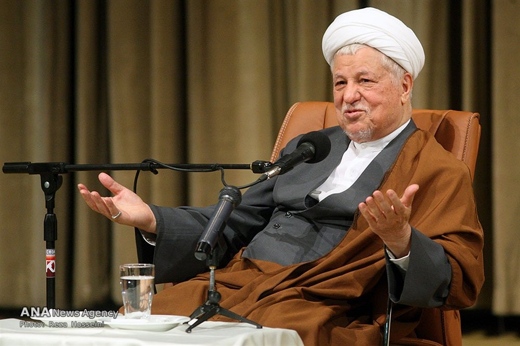 Ayatollah Rafsanjani has said that Iran is the birthplace of the Islamic civilization and that it is now the turn of people in the East to help with the development of science.

The Chairman of the Expediency Council has said that Iran has played a key role in the development of medical sciences, adding the eleventh government is ready to expand scientific cooperation with the rest of the world.

Ayatollah Akbar Hashemi Rafsanjani made the comment in a national conference on hepatitis on Wednesday and added that Iran is among the oldest countries in the world in which medical sciences have made remarkable progress. The following is the translation of excerpts of the top councilor’s remarks at the conference as reported by the Islamic Republic News Agency:

Rafsanjani said Iranian scientists have been a significant factor in the progress of medical sciences [in the world], adding Iran owes the transformation of its medical sector to the past centuries.

He further said that biotechnology is growing in Iran rapidly and that the Iranian youth are fervently studying and doing research on biotechnology.

He went on to say that the West experienced big changes in science after the Crusades during which it suffered defeats, but it managed to learn the science from the East.

Ayatollah Rafsanjani also said Europe was in the Middle Ages when the Islamic civilization was being formed, adding back then Iran served as the driving force behind the progress of the world of Islam and the Arab world.

The top councilor then said Iran is the mother of the Islamic civilization, but it is the West that takes pride in having developed such civilization, adding it is now the turn of non-Westerners to take strides toward that end.