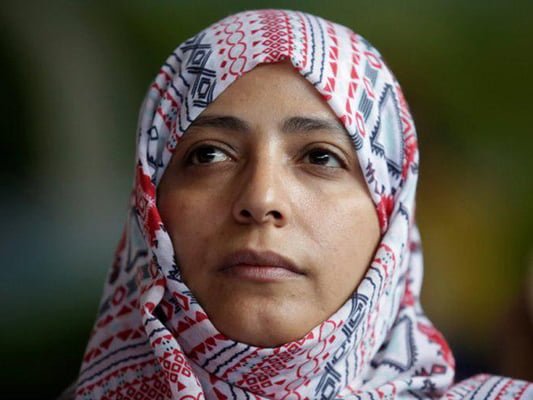 Tawakkol Karman, the renowned Yemeni Nobel Peace laureate, has blasted Saudi Arabia and the UAE for killing Yemeni civilians and financing armed groups, and those who export weapons to Riyadh for supporting state sponsors of terrorism.

“Yemen is being terrorized by the UAE and Saudi Arabia directly by killing thousands of civilians and imposing a blockade on its people and indirectly by supporting, financing and establishing armed terrorist groups,” Karman said in a post in her Facebook account on Sunday.

“Countries involved in providing these two countries with weapons are accordingly involved in supporting terrorism and providing its groups with weapons,” she added, stressing that she will disclose all these facts in her later lecture in Oxford University.

Yemen’s defenceless people have been under massive attacks by the Saudi-led coalition for more than three years but Riyadh has reached none of its objectives in Yemen so far.