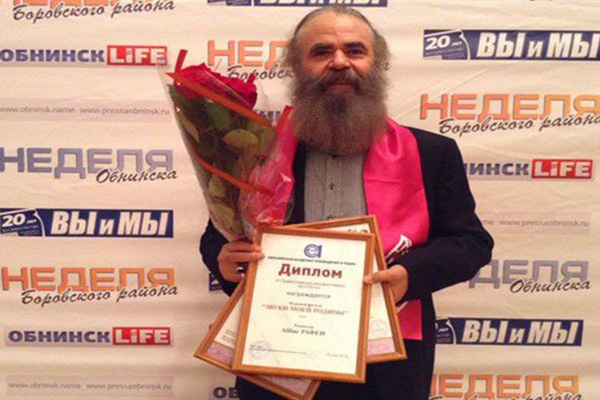 Directed and produced by Abbas Rafeei and Amir Hossein Sharifi, The Songs of My Land received three prizes, including the Special Jury Prize, at 11th International Orthodox Film Festival in Obninsk, Russia.

Amir Hossein Sharifi received another award on behalf of Orthodox churches due to addressing the message of friendship between Muslims and Christians.

The Songs of My Land won the festival’s Special Jury Prize due to difficulties in production and addressing the most important issue in today world, which is terrorism.

The third prize is the special award of Eurasian Television and Radio Academy which was presented to Sharifi by the head of the academy.

Sharifi bestowed the award to the families of Christian martyrs who were killed by terrorists.