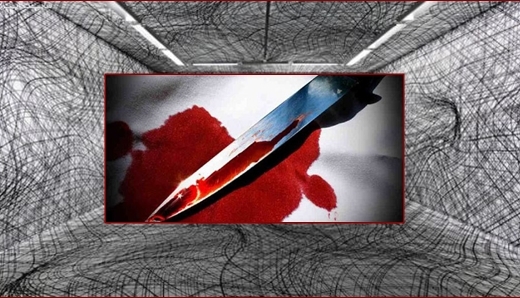 A genius man who has killed his mom is receiving medical treatment for mental illness.

It took forensic experts nine months to establish that Siamak, an astronomy genius, has killed his mother by reason of insanity. As a result, the killer who was taking drugs for mental illness was able to win the forgiveness of his sisters.

In early November Entekhab.ir released a report on the killing of an old woman at the hands of his genius son. The following is the translation of part of that report:

January 19, 2015: It was 8:00 p.m. A young man calls a police station in Shahr-e Ziba, a neighborhood in northwest Tehran, to report that the man who lived in the apartment next door was not in a normal condition and had been fighting his mother. The young caller urged officers to go to the scene, arguing that a bad incident was waiting to happen.

I killed my mom

Following the phone call, officers showed up at the address they had been given. […] Officers knocked on the door of the apartment, but nobody answered. They found no suspicious thing. As they were about to leave, the young man [the young caller] who was very much concerned phoned the Emergency Medical Service and the Fire Department [Organization of Tehran Municipality’s Fire and Safety Services].

Firefighters rushed to the scene and knocked on the same door. A man, who was calmly drinking fruit juice, opened the door and told the firefighters, “I have killed my mom and her body is inside.”

Hearing this, officers cautiously entered the apartment. A deafening silence prevailed; the smell of smoke was in the air. The officers conducted a search and found a horrible [crime] scene. A 70-year-old woman had been killed. Further investigation by Judge Hosseinpour revealed that the man had killed his mother, calmly eaten dinner, reviewed the crime scenario and incessantly pulled on his cigarette before deciding to surrender himself when the police showed up at his doorstep.

Murder after returning from Ukraine

The neighbor who had called in the crime told officers, “Siamak and I were classmates in high school. Later we became neighbors in this building. Sometimes Siamak’s behavior was far from normal.

“That night he had just returned home from Ukraine. His mom called me and asked for help. She said that Siamak was behaving abnormally and asked me to go to her place and calm him down. I went there to see what was going on. When I got there, Siamak was not in a normal condition. He was talking about strange things, saying that his mom had hatched a plot to kill him and that while on the airliners he learned that his mom had sent two fighter jets to blow up his plane.

“His words were strange and frightening. They sent chills down my spine. When I was leaving their apartment, his mom was begging me, but he angrily told me to go away and leave them alone. That’s why I called the police. Because of Siamak’s abnormal behavior, I knew something bad was up and my worst fears realized.”

Confession by the genius

The investigation that followed showed that Siamak, a 50-year-old physics and math genius, killed his mom on a strange motive. An educated man, Siamak married an American woman, but they got separated a few years later. That was why he was living with his mom. He was a genius in math, astronomy and computer and his room was full of Russian and English books to the brim.

[…]  After being taken to custody, Siamak said during the interrogation, “My mom was devilish. It was just a few hours ago that she scrambled two fighter jets to explode the plane I had boarded to come back to Iran from Ukraine.

“Tonight I got involved in physical confrontation with her. The more I beat her, the stronger she grew. So I put my hand on her mouth and eventually she stopped breathing.”

Siamak later reconstructed the crime scene. He was acting strangely and showed abnormal behavior. […] Nothing other than anti-depression medication was retrieved at the crime scene to suggest that he had hallucinations due to illicit drugs.

The killer’s insanity was confirmed

After Siamak’s hallucinated confessions, the judge in the murder case referred him to the medical commission at the Legal Medicine Organization for mental evaluations.

At this time the killer’s two sisters who were living in Germany and the US came to Iran and forgave their brother. They told the inspector, “Our brother was not in a normal condition and was on medication. Whenever he didn’t take these drugs, he would feel bad. That’s why we are sure he was not in a normal state of mind when he killed our mom.”

Nine months after the crime in early November, the medical commission did confirm the insanity plea of the defendant and declared him insane. Afterwards, Siamak was admitted to a mental hospital. He will be kept there under medical care until his sanity is established.