The first consequence of insulting FM Zarif in parliament 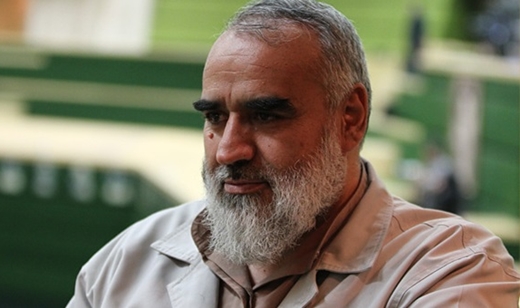 An MP has insulted Foreign Minister Zarif over his handshake with Obama. Parliament has shown reaction saying it will review the performance of the MP at the center of the insults.

An unplanned handshake between Foreign Minister Zarif and President Obama drew very harsh criticism from Bahram Biranvand, a deputy representing Boroujerd in the Islamic Consultative Assembly. The foul language the deputy used and his insults at the foreign minister are now costing him dearly.

Biranvand’s shouts at parliament have prompted the board in charge of supervising the performance of deputies to open a case against him.

Khabaronline.ir on October 4 published a report on the ramifications of hurling insults at the foreign minister over his handshake with the US president (on September 28). The Following is the translation of the report:

A member of a parliamentary board tasked with supervising the performance of MPs said that the board will discuss – in its session which is likely to be held later this week – the remarks of the MP representing Boroujerd.

Evaz Heydarpour pointed to the offensive remarks by Biranvand and said that the position of a member of parliament requires them to be vigilant and speak decently. The wording an MP uses is not expected to be offensive, vulgar or against ethical and political civility. We heard this deputy [Biranvand] speak words in that session [on September 30] which did not befit a member of parliament. What he said drew a harsh warning from [Vice-Speaker Hassan] Abutorabi-Fard.

Heydarpour, who represents Shahreza in the Islamic Consultative Assembly, further said, “We should bear in mind that individuals like Mr. Zarif are the children of the [Islamic] establishment. They were at the forefront when the revolution was in the making and they are trusted by the Supreme Leader and the establishment. That’s why the language a deputy uses should be polite and decent”.

He went on to say that if the Foreign Ministry submits a note [to parliament] in reaction to these insults, we will definitely look into it. If not, the question will come up for discussion in the next session of the board which is likely to meet later this week.

The uproar over the controversial handshake was stirred in parliament two days after the encounter at the UN between Zarif and Obama.

“Who has allowed Zarif to shake hands with Obama?” Biranvand shouted. “Right at a time when death has embraced thousands of Hajj pilgrims in Mina, Mr. Zarif embraces Obama and the US secretary of state. Damn! Zarif has made a fatal mistake by shaking the hand of Obama as the Iranian foreign minister.”

[Biranvand went on to say, “As an ordinary citizen, if Zarif hungers for an Obama embrace, he can resign and go take up residence in their house [a reference to the White House].”

“The religious zeal of people like Mr. Zarif in defending the revolution and the blood of martyrs is no less than mine. He may have done something, but that is no reason to use foul language in criticizing someone who has proven to be serving the late Imam and the Leader,” Abutorabi-Fard said.]