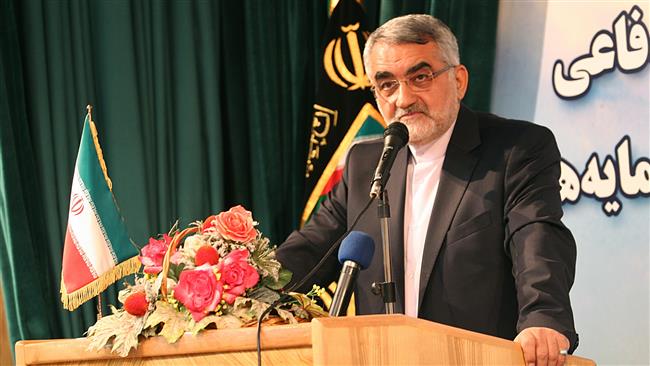 A senior Iranian lawmaker says the terrorists arrested by Iranian security forces have revealed “invaluable” information as to the patronage they received from Saudi Arabia.

Alaeddin Boroujerdi, the chairman of the Iranian Parliament (Majlis)’s National Security and Foreign Policy Committee, made the remarks while speaking to Lebanon’s Al-Ahed news website, which published them on Monday.

“Al Saud (the Saudi ruling family) resorts to all means in the world and the region against the Islamic Republic and, toward that end, helps terrorist groups target the Iranian nation,” he said.

“The terrorists arrested in Iran have provided invaluable information to [Iranian] security authorities regarding the Saudi role and its support for terrorist groups,” the Iranian lawmaker said.

Back in June, Iran’s Islamic Revolution Guards Corps (IRGC) said members of a terrorist group captured in the city of Khash in the country’s Sistan-and-Baluchestan Province had admitted to US and Saudi support.

Brigadier General Mohammad Pakpour, the commander of the IRGC’s Ground Forces, said at the time that Washington and Riyadh were attempting to organize and reinforce terror groups and counter-revolutionary elements in Iran’s geographical periphery.

Russia in Nojeh: a matter of ‘national interests’

Boroujerdi also talked about Russian aircraft’s recent use of the Iranian Nojeh airbase for logistical purposes aimed at reinforcing Moscow’s operations over Syria.

“There are joint operations rooms [coordinating defense cooperation] among Iran, Russia, Syria, and Iraq both in Damascus and Baghdad,” he said, adding, “But when we felt we needed to take bigger steps to strike terrorists, we agreed to provide some support like refueling Russian aircraft at the Nojeh airbase.”

Russian long-range strategic bombers were earlier allowed to refuel at Nojeh, near the western Iranian city of Hamedan, before flying to Syria, where Russia has been bombarding militant positions since September 2015.

“Iran took this decision based on its national interests and national security and to support the resistance front, which is today fighting terrorism [in Syria],” Boroujerdi said, referring to the Syrian military and Lebanese resistance fighters engaging terror outfits in the Arab country.

The Syrian military has been fighting a foreign-instigated militancy since 2011.