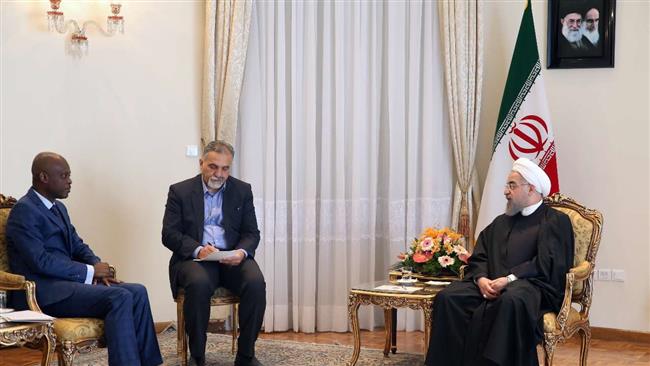 Iranian President Hassan Rouhani has underlined the need for concerted efforts by all countries to counter terrorism, criticizing certain states for using terror groups as tools to advance their personal agendas.

Rouhani made the remarks in a meeting with visiting Togo Foreign Minister Robert Dussey in Tehran on Monday.

He further said interference in the internal affairs of other countries constitutes poses a threat to global peace and security.

The Iranian chief executive further called for an end to “financial and arms assistance” to terrorist groups operating in the Middle East region, saying international bodies should take “serious and coordinated” action to counter terrorism, which is a “global scourge.”

He further called for the enhancement of cooperation between Tehran and Lome in international organizations to help resolve global challenges.

Dussey, for his part, called for the expansion of cooperation with the Islamic Republic on the fight against terrorism.

Africa belongs to its nations, said Dussey, adding that the people in the continent favor the enhancement of relations with all friendly countries, particularly Iran.