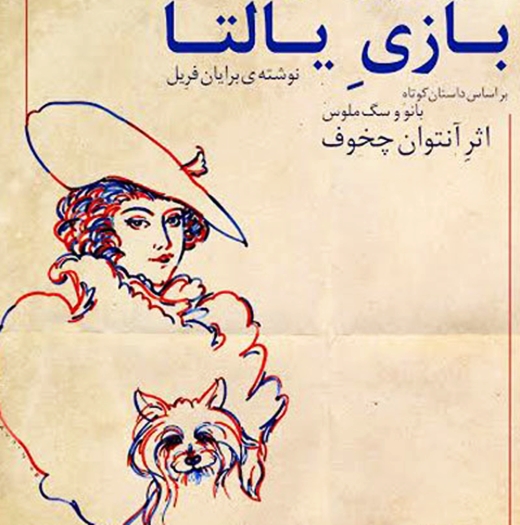 Friel wrote the play based on Anton Chekhov’s short story “The Lady with the Little Dog”, which the Russian playwright composed in 1899 in Yalta, a resort city on the southern coast of the Crimean Peninsula.

Renowned Iranian painter Aidin Aghdashlu has designed a poster for the play that tells the story of an accountant who vacations alone, leaving his wife and family behind in Moscow.

Vahid Rahbai, Shadi Karamrudi and Mani Monadizadeh are the main members of the cast for the play.

Photo: A poster for “The Yalta Game” by Aidin Aghdashlu
Subscribe