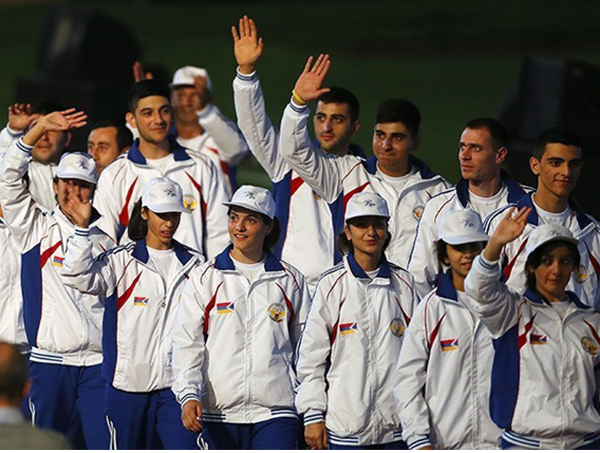 The 48th edition of the Armenian Olympics was kicked off at Tehran’s Ararat Sports Complex on Tuesday, September 13. Around 800 Armenian athletes from Iran, Armenia and Georgia compete in the games in 9 fields.

The Pan-Armenian Games are complex competitions in individual and team kinds of sport among athletes of the Republic of Armenia and athletes of Armenian origin from other countries. The athletes from various parts of the world represent the cities in which they come from and not countries like other pan-games.

The first Pan-Armenian Games took place from August 28, 1999 to September 5, 1999. Delegations from 62 cities and 23 countries participated in the games.

This year’s games are dedicated to the 85th anniversary of “Alik” newspaper – the second oldest newspaper published in Iran.

The motto of the 48th edition of these games is “The Blue Sky, Peaceful Earth, and Powerful Homeland”.

In addition to Armenia and Georgia’s athletes, Iranian athletes of Armenian descent from Tehran, Tabriz, Isfahan, Shahinshahr, Rasht, and Oroumiyeh are also taking part in these games.

Here are the opening ceremony’s photos taken by Tasnim and IRNA: