Tehran and Riyadh Continue War of Words despite Mediation Efforts 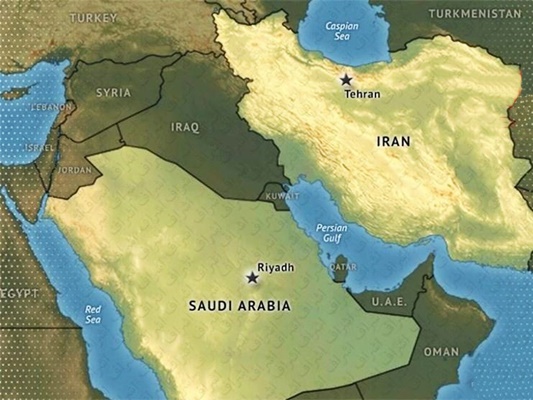 Despite ongoing efforts by certain Arab countries to mediate between Iran and Saudi Arabia, the two countries' war of words doesn’t seem to have an end.

In reaction to Jubeir’s remarks, Secretary of Iran’s Supreme National Security Council Major General Mohsen Rezaee said in a post in his Instagram page that the Saudi foreign minister should remain silent instead of threatening Iran.

In his post, the senior Iranian official touched upon the Al Saud regime’s recent failures in the region, and said the Saudi foreign minister had remained tight-lipped for quite some time and his silence seemed to be full of untold expressions of shame and contrition. 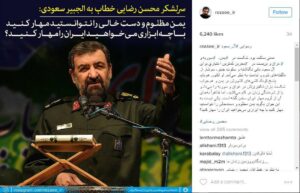 Rezaei noted that Riyadh’s failures in Yemen, Syria and Iraq coupled with the impasse that Saudi Arabia has reached in Yemen have discredited the Al Saud rulers.

Given these failures, wrote Rezaei, al-Jubeir had to give explanation for the Saudi killing of innocent people in Yemen, or tackle the failure of Riyadh’s Takfiri [extremist] elements in Iraq and Syria, or remain silent and bow his head in shame.

But surprisingly enough, said the top Iranian official, al-Jubeir spoke of the need to contain Iran.

“The Saudi foreign minister should be reminded that Riyadh failed to contain the oppressed and empty-handed Yemen, now how can it contain Iran,” wrote Rezaei. 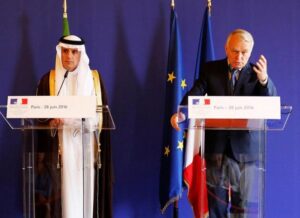 In a joint press conference with his French counterpart Jean-Marc Ayrault in the Saudi capital Riyadh, al-Jubeir had termed as “war crimes” the efforts made by Iran to help fight terrorism in Syria.

He claimed Saudi Arabia has always extended a hand of friendship to friendly states and alleged that Riyadh has not committed any hostile act against Iran.

He said Iran should accept that a logical policy is the one based on non-interference in other countries’ internal affairs.

He further said Riyadh’s stance on Syrian President Bashar al-Assad has not changed, and stated that Assad should step down, be it through military or peaceful means.

However, al-Jubeir made no mention of Saudi crimes in Yemen, namely the killing of its innocent people.

The Saudi official made the remarks in a joint press conference with the French foreign minister, who plans to visit Iran on Tuesday.

Ayrault’s Riyadh trip could be regarded as a move to please Al Saud rulers, lest his Iran visit should dismay them. 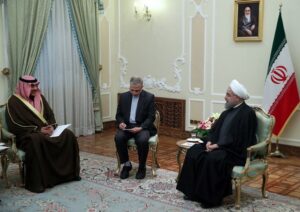 Meanwhile, Kuwaiti Foreign Minister Sheikh Sabah Khaled al-Sabah paid an official visit to Tehran on Wednesday amid the growing war of words between Tehran and Riyadh.

The top Kuwaiti diplomat said he was carrying a message from the [Persian] Gulf Cooperation Council concerning the amelioration of ties between Iran and regional Arab states.

He said he was on a mission to help mend fences between Iran and the regional Arab countries that are on the Saudi side.

Now we should wait and see how events will play out and what all these diplomatic demarches will lead to.