Tap into the virtual world and expand it: Senior cleric 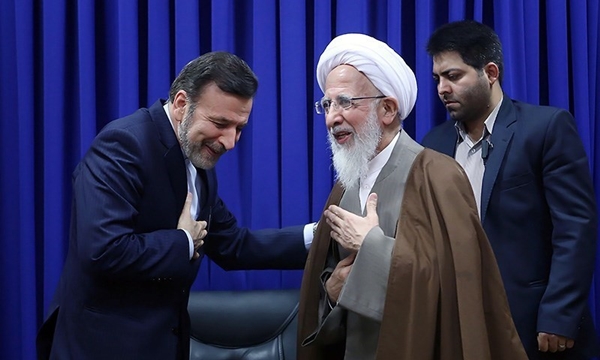 Those who can impart a fact to society in the virtual world need to be kitted out with communication infrastructure and facilities, said Ayatollah Javadi Amoli.

Islamic teachings advise us against being deviated from the right path and blindly blocking someone’s way; rather, we should tap the virtual world to serve the purpose of faith, Ayatollah Javadi Amoli, a senior cleric, was quoted by Mehr News Agency as telling Minister of Communications and Information Technology Mahmoud Vaezi.

At the meeting Ayatollah Amoli underlined the true mission of the Internet and said, “What is today known as the virtual world is in fact the reality.”

The cleric added, “Those who can impart a fact to society in the virtual world need to be kitted out with communication infrastructure and facilities.”

On measures taken by the ministry to have the Internet bandwidth expanded, Ayatollah Amoli said, “You should think of the virtual world as real and tap into it. Also, you need to keep the largest number of messages moving on the web, so you need to increase the Internet speed. You should advance this system of communication with your religious tact and turn the virtual world into reality and tap into it.”

[His comments come after Mahmoud Vaezi appeared before MPs in parliament on April 14 to answer their questions about the National Information Network and expansion of the Internet bandwidth. Afterwards, a vote was held to show how many parliamentarians found his response convincing. Out of 195 MPs present, 70 voted for, 99 voted against and 11 abstained.

At the session in the national assembly, Vaezi told MPs, “The expansion of the bandwidth is the infrastructure of the country’s Internet development and we are trying to make electronic government and trade possible.”

It seems that the Qom visit and the green-light from religious scholars, was a response by the communications minister to the MPs who are opposed to his ministry’s development plans.]