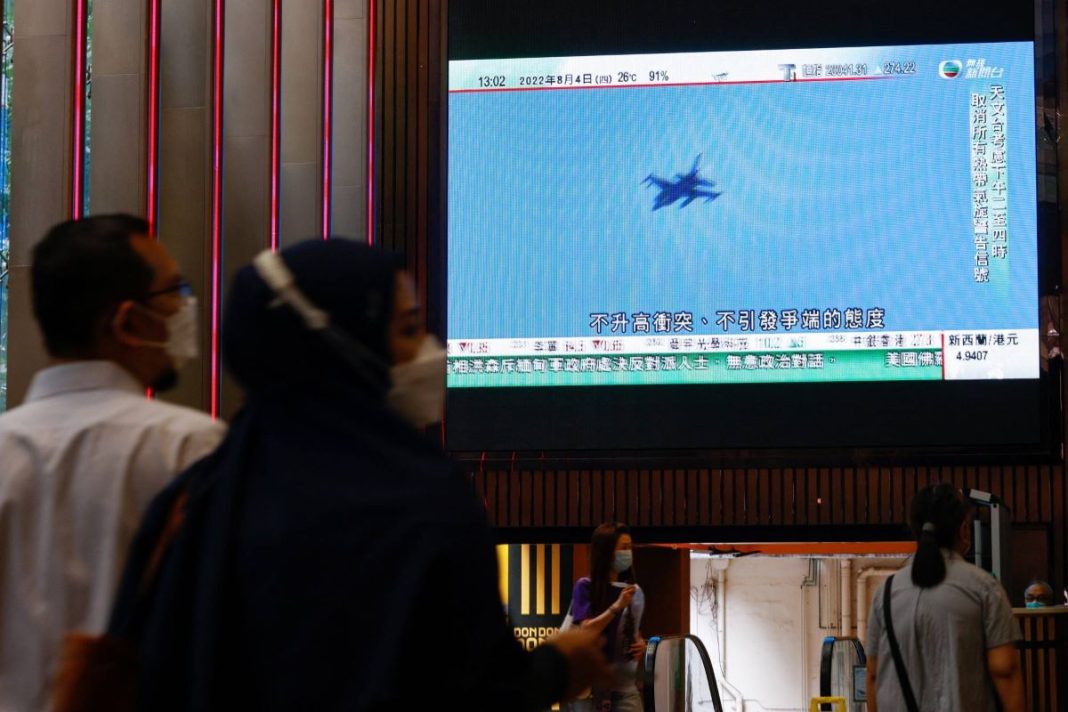 Taiwan has accused China's military forces of simulating an attack on the island as Beijing continues its retaliatory measures following a provocative visit by Speaker of the US House of Representatives Nancy to Taipei.

Taipei declared on Saturday that it had observed “multiple” Chinese planes and ships operating in the Taiwan Strait, describing the maneuvers as a simulation of an attack on the self-ruled island, long claimed by China.

“Multiple batches of Communist planes and ships conducting activities around the Taiwan Strait, some of which crossed the median line,” Taipei’s defense ministry announced in a statement, referring to a demarcation line that runs down the Taiwan Strait which Beijing does not recognize.

The development came as relations between the world’s two largest economic and military powers took a nosedive in the wake of a controversial visit to Taipei by Pelosi earlier in the week, which prompted calls from the United Nations for an urgent de-escalation of tensions.

Moreover, Beijing continued some of its largest-ever military drills around Taiwan on Saturday in moves that analysts describe as preparation for a potential blockade and ultimate capture of the island territory close to mainland China.

The foreign ministry also announced on Friday China has decided to cut diplomatic ties with the US in a number of military and civilian areas,

The ministry released a list of areas in which there will no longer be communication between Chinese and American officials. It includes military contacts on the level of theater commander and wider defense policy coordination talks. Also suspended are consultations on maritime security, cooperation on the repatriation of illegal migrants, legal assistance on criminal matters, fighting against transnational crime and drug trafficking, and talks on climate change, according to the statement.

Politico has also reported as China continues its snap military drills around Taiwan in retaliation to Pelosi’s provocative visit to the island, top Chinese military officials are refusing to return calls from their counterparts at the Pentagon.

Beijing allegedly rejected several calls from Defense Secretary Lloyd Austin and Chairman of the Joint Chiefs of Staff General Mark Milley in recent days, according to “three people with knowledge of the attempts.” Milley’s last confirmed contact with China’s Chief of the Joint Staff, General Li Zuocheng, came on July 7, while Austin met with the Chinese defense minister, General Wei Fenghe, in person in June.