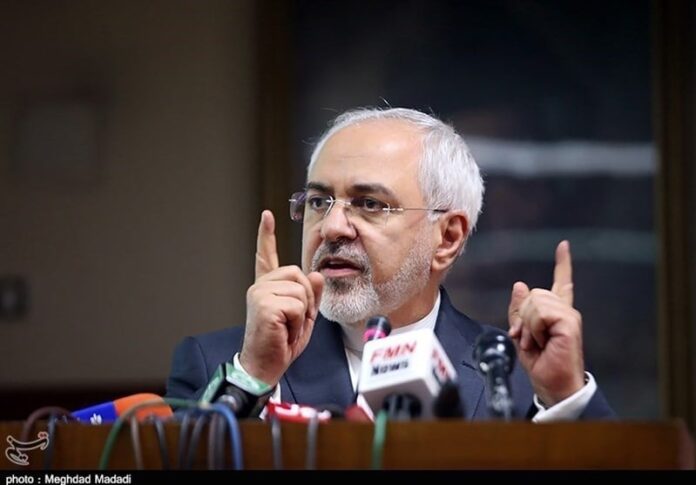 Syria’s northern province of Idlib must be cleansed of the remnants of terrorist groups, Iranian Foreign Minister Mohammad Javad Zarif said Monday, saying the terrorist-held region should return to Syrians.

In comments after arriving in Damascus on Monday, the top Iranian diplomat said he has visited Syria ahead of a trilateral summit in Tehran on peace in the Arab country.

“Syria’s territorial integrity must be preserved. All ethnicities and groups in Syria should begin the process of reconstruction within a single unit under the Syrian flag. All those displaced should return home, and the remnants of terrorists in the remaining regions of Idlib must be flushed out of those areas and the region (Idlib) must fall into the hands of Syrian people,” Zarif said.

The Iranian minister added that it is necessary to talk to the “Syrian friends” about the upcoming conference in Tehran in the pursuit of a lasting solution to peace in Syria through political approaches, like what the Astana process is looking for.

Zarif arrived in Damascus on Monday morning with a diplomatic delegation, a week after the Iranian defense minister travelled to the Arab country amid the Syrian army’s preparation for attacking Idlib, the last stronghold of terrorists in the north.

He is going to hold meetings with Syrian President Bashar al-Assad and Prime Minister Imad Khamis on Tehran-Damascus relations and the latest developments in Syria.

Meanwhile, Tehran will on Friday host a summit of the Iranian, Russia and Turkish presidents following several meetings between the three countries’ foreign ministers.

Iran, Russia and Turkey are known as the three guarantors of a ceasefire in Syria’s de-escalation zones.

In recent months, the Syrian army has managed to liberate many of the areas occupied by terrorists and is preparing to launch an attack to recapture the northern city of Idlib.