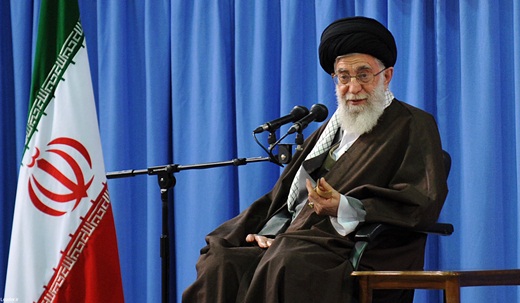 The Leader said the Law Enforcement Forces which are the symbol of country’s authority and security should focus on enhancing both individual and social security.

Supreme Leader of the Islamic Revolution Ayatollah Seyyed Ali Khamenei has highlighted the necessity of having a powerful police in the country.

Speaking at a meeting with police commanders, Ayatollah Khamenei referred to the Law Enforcement Forces as the symbol of country’s authority and security and said they should focus on enhancing both individual and social security, promoting ethics and improving the spiritual status of society.

He urged the police to focus on improving security on different fronts in society and said confronting and eliminating spiritual threats to the public is of higher importance compared with the physical safety of people.

Of course, the Supreme Leader added, Iran is not seeking an authoritative Hollywood-style police, or one which acts in the same way police are acting in Western and American societies because such an authority will not only fail to provide security but even create insecurity in society.

Ayatollah Khamenei further pointed to the treatment of the American police of black citizens as an example of unjust authority.

The Supreme Leader said even at the present time when the US president himself belongs to the black community, black people are treated with contempt and injustice. Such a treatment, he noted, has of course led to unrest on occasion.

Ayatollah Khamenei also said the police were easier to find their ways close to the Almighty because what they did as their job was a service to the Islamic society which ultimately led to victory of Islam in the world.