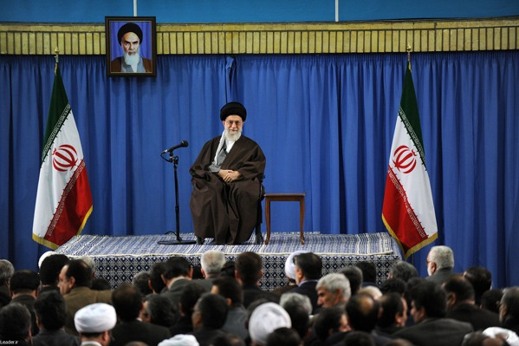 The Supreme Leader said damaging the environment should be regarded as a grave offense.

The Supreme Leader made the remarks in a meeting with a number of officials and activists in the field of the environment protection on Sunday. The meeting was held to mark Iran’s Natural Resources Week which started on March 6.

During the week, particularly on March 6, the Tree-Planting Day, the Iranians attend ceremonies in parks, gardens, and also plant trees in the private gardens of their house yards.

He stressed that it was for the government to protect the environment by compiling necessary documents and carrying out projects.

He said damaging the environment should be regarded as a grave offense.

Referring to environmental woes as being global, the leader said the experience of different countries prove that many of the problems could be prevented even before they afflict Mother Nature.