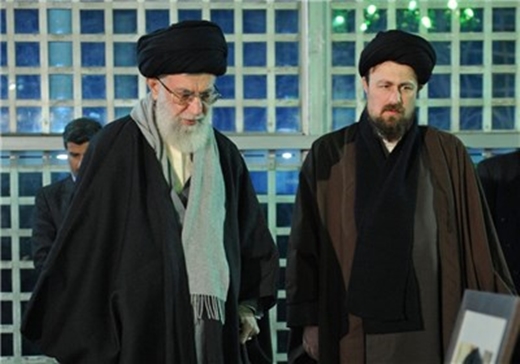 Supreme Leader Ayatollah Khamenei and President Rouhani visited the mausoleum of the late Imam Khomeini to pay tribute to the late founder of the Islamic Republic.

The Iranian nation toppled the US-backed Pahlavi regime 36 years ago, on February 11, 1979, ending 2,500 years of monarchic rule in the country. The Revolution, led by the late Imam Khomeini, established a new political system based on Islamic values and democracy.

Every year Iranians mark anniversary of their Islamic Revolution from February 1 to 11, known as the Ten-Day Dawn ceremonies. February 1, 1979 was the date when Ayatollah Ruhollah Khomeini returned from exile in Paris to Tehran. On February 11 each year, Iranian people pour into the streets in their millions to commemorate the great victory of the Islamic Revolution.

Ayatollah Khamenei also paid homage to Iranian martyrs laid to rest in Behesht-e Zahra Cemetry in southern Tehran including martyrs of June 28th, 1981 bombing at the headquarters of the Iran Islamic Republic Party in Tehran, while the members in a meeting.

Seventy-two officials of the Islamic Republic were killed, including Chief Justice Ayatollah Mohammad Beheshti – who was the speaker of the parliament – four cabinet ministers, 27 members of Parliament and several other government officials.

Later in the day, President Rouhani paid a similar visit to the mausoleum of the late Imam to renew allegiance to the ideals of the founding father of the Islamic Republic. 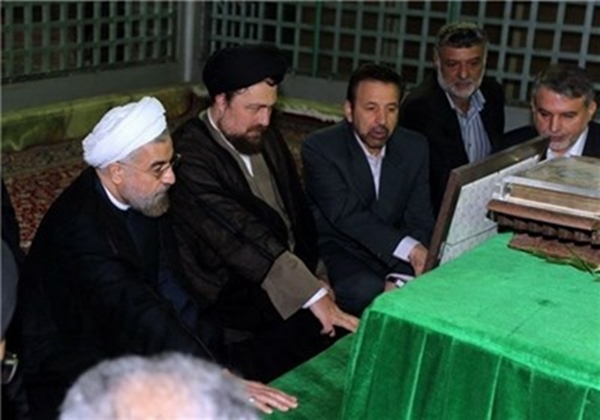