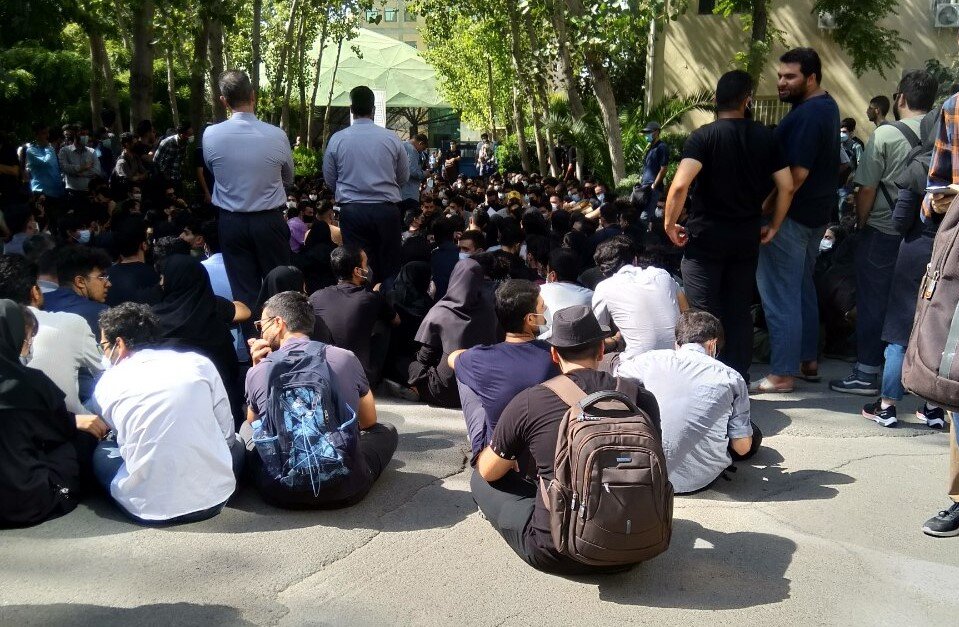 Dozens of students reportedly gathered Monday on the campus of Tehran’s prestigious Amir Kabir University to call for the release of fellow students who have been detained in recent protests.

Nour News, a news outlet close to Iran’s Supreme National Security Council, reported that the peaceful event was the latest in similar gatherings in universities across the country, including the University of Tehran, to win freedom of students who joined angry protesters following the death of an Iranian woman on September 16 in morality police custody in Tehran.

The dean and several other officials with the Amir Kabir University addressed the crowd and heard their views on the developments that, in some cases, turned ugly in Iran in recent days.

There were also reports of clashes on Sunday between students and security forces in Sharif University of Technology in Tehran.

Students, along with other protesters, are angry over the death of 22-year-old Mahsa Ammini, who fell into a coma hours after morality police arrested her for allegedly breaching hijab rules and died of, what officials called, a heart attack.

Iranian officials blame foreign agents for orchestrating the riots to destabilize the country.