Stonebreaker Mother; Breadwinner of Her Children 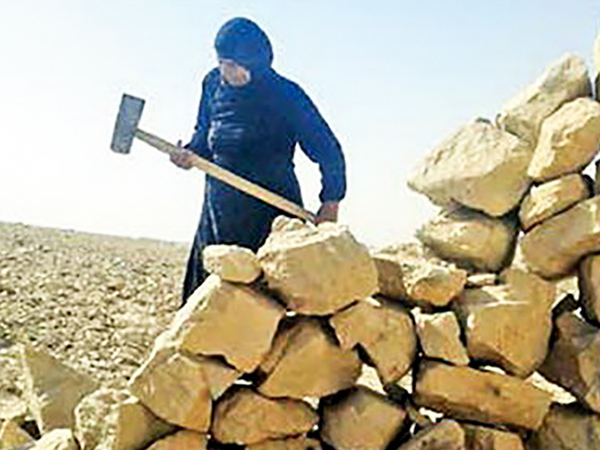 Maryam Nasiri is an Iranian "exemplary mother" who used to break stones to make Halal money for her children.

Maryam Nasiri is a devoted mother who was forced by the love of motherhood to break up stones with her delicate hands to grow up her children in hardship and watch them thrive. 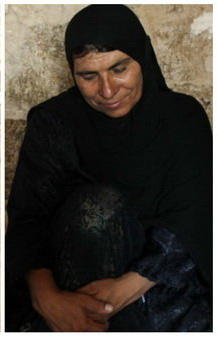 We were truly amazed and couldn’t believe our eyes; a mother who is used to break stones with a 20 kg sledgehammer all by herself. Nasiri is from Ramhormoz, a city in Iran’s south-western province of Khuzestan.

Here is IFP‘s translation of a report by Iran newspaper:

“How on earth could you do such an arduous labour,” we wondered and she, with a heavy Khuzestani accent, said, “You’d understand, if you were a mother.”

Not satisfied with the answer, we kept on asking that, “we understand that you are a devoted mother and there is no doubt in your love, unparalleled courage and unwavering faith, but doing this on a daily basis by a woman is unbelievable.” Again, she sufficed it to say that “you’d understand if you were a mother…”

Her hands are in no way similar to the hands of the women we see every day; however, if you look through the eyes of your heart, you’ll find them the most beautiful hands on earth. Overworked hands with deep wrinkles, old calluses and healed scars… For years, she would go to a mine in the vicinity of her living place to make money and support her 7 children by breaking up hard rocks.

Nasiri, “the stonebreaker woman”, was introduced as the country’s “exemplary mother” by the Cultural International Mother Foundation. She received the plaque of appreciation with her callused hands and tearful eyes and turned to the audience who were giving her a standing ovation and said, “I am a mother and all Iranian mothers will sacrifice anything for their children’s convenience.” 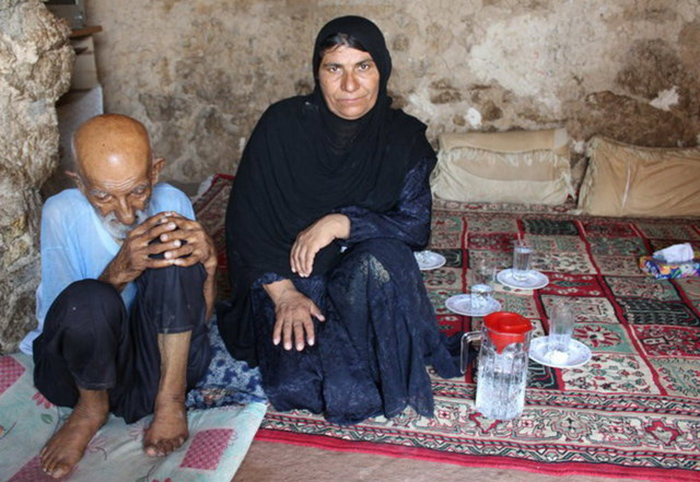 I Never Had a Childhood

Nasiri who is now 44 years old said that she was forced to marry a man 45 years older.

“I lost my father and became an orphan when I was only 5. When my mother remarried, I was handed over to my cousin,” she said, adding that, “My nomadic life was spent on carrying the sheep to the plains and mountains, in winters and summers, with my cousin’s children.”

She said since her cousin had a wife and children and often failed to meet the expenses, she acquiesced to get married at the age of 13.

“I was an orphan and couldn’t disagree. My husband was 45 years older than me,” Nasiri said, regretting that she never had a childhood like others.

She added that they were nomads of Zagros Mountains and her husband was a livestock rancher. Every day, she used to get the sheep ready for grazing on the plains, do the house chores and milk the livestock.

I Fought Mountain Rocks for My Children

Children had to go all the way to Rud Zard-e Mashin village; however, their parents couldn’t afford the fare of the school bus as the father had fallen from the mountain and become paralysed. They were forced to sell the 1 to 2 kilograms of rice they had in their house to pay for the fare. She described it as the bitterest moments of her life and said, “It was that day when I made up my mind to fight the hard mountain rocks with a sledgehammer and a crowbar,” she noted.

“I didn’t know what to do; tomorrow was ahead of us and my hands were empty,” Nasiri noted, adding that she didn’t sleep a wink all that night.

She went on to say that after the morning prayer, she was watching the sunrise over the mountain tops with a pensive look in her eyes that a sudden thought occurred to her. Early in the morning, she went out to buy a sledgehammer and a crowbar with the aim of making money by breaking up rocks.

“At nights, I had to carry out my motherhood job for my children, make them dinner and put them to sleep through lullabies,” she said, adding that, “I couldn’t sleep many nights because my hands were extremely sore; however, I never let my children know it.”

Nasiri regretted that she was deprived of caressing her children’s faces because her hands had become rough. She went on to say that Rasoul and Soleiman, her children, grew up and sometimes helped him. 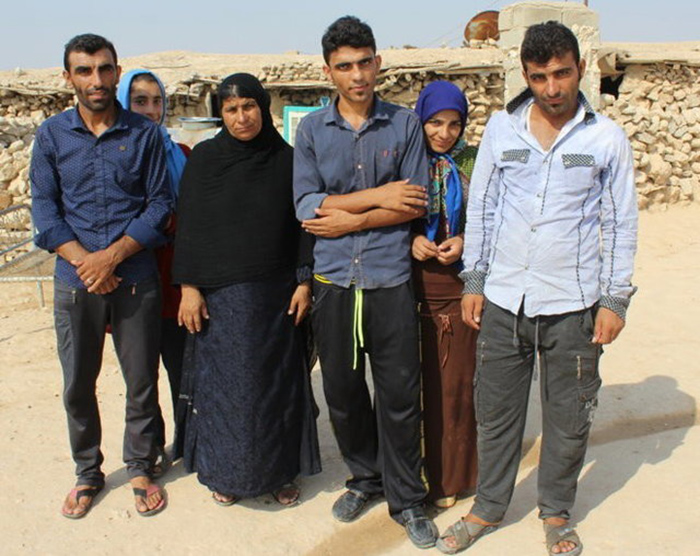 My Biggest Wish Is to Watch My Children Thrive

“I just want my children to appreciate my efforts by studying and being successful; hence, most of the times I wouldn’t let them come for help,” she stressed.

Nasiri, who is an epitome of motherhood, has quitted stone breaking for around three years and plays with her only granddaughter Raheleh, the delight of her life. Nasiri’s biggest wish is to see her children climbing the steps of success. Qassem studies in Shahid Chamran University of Ahvaz and Kazem in Imam Ali Officers’ Academy. Her daughters live with her and Rasoul and Soleiman have got married.

Nasiri says that her children have prohibited her from working for three years and added, “My children are grateful for my efforts and I am happy that I have grown them up through making Halal money.”

“Every morning through the window I stare at the mountain that I broke up with my hands to prevent a breakup in my life,” she concluded.