Spread of Fake News amid Outbreak of COVID-19 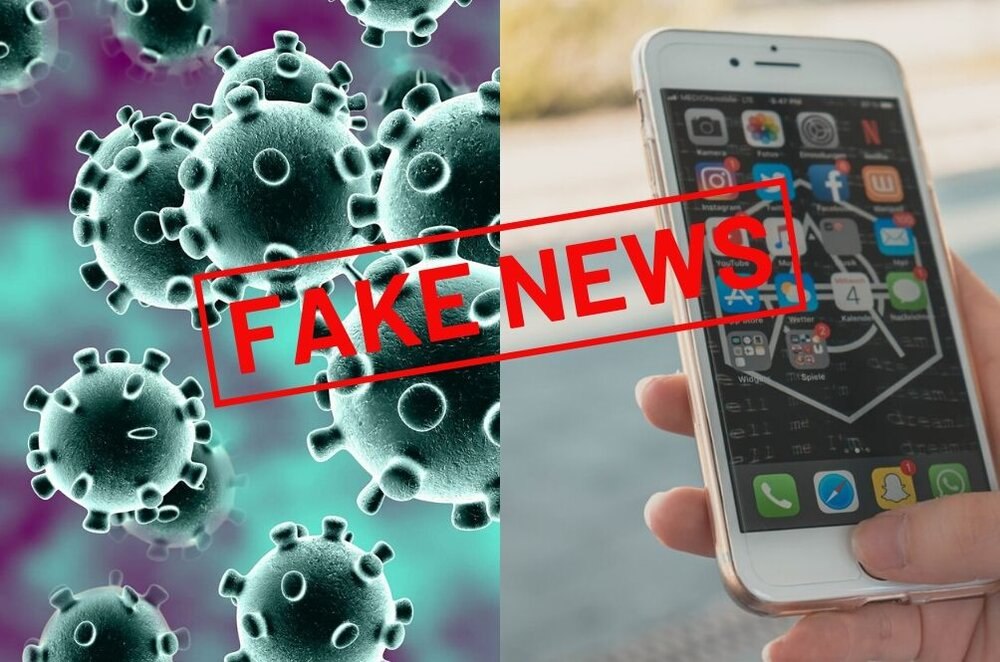 The world is facing an unprecedented threat, namely the novel coronavirus pandemic which has exceeded every single expectation of experts and healthcare professionals.

The virus that originates from one of the largest Chinese provinces, Hubei, has now affected almost everyone around the world in different ways. In total, some 5.5 million people have contracted the virus and the number is steadily increasing while the global death toll nears 350,000.

The pandemic began in Hubei’s capital Wuhan, a major manufacturing and commercial center of the nation with a population of 11 million, which became the first city to go under strict lockdown. Despite tough measures and restrictions imposed on the entire population of Wuhan in quarantine, the virus still managed to escape the area and spread first into the rest of China and later across the globe.

As of now, the United Kingdom and Russia are two of the countries where the state of the pandemic is developing quickly. The British prime minister Boris Johnson contracted COVID-19 himself and even spent a few nights in intensive care. He is still recovering from the virus.

The United States is the most affected country on earth as many blame president Donald Trump for not introducing adequate restrictive measures in time. The country now has more than 1.6 million confirmed coronavirus cases and almost 99,000 deaths as the numbers continue to grow dramatically. Amid the unprecedented crisis, some in the country are even protesting against the measures, asking the government to lift them immediately.

COVID-19 Outbreak in Iran and Significance of Internet

The situation in Iran escalated quite quickly as it remains at the top positions of the most affected countries’ list. The nation has over 135,000 confirmed infections and more than 7,000 deaths. However, the country’s response has been said to be one of the best as the number of active cases is on a steep decrease. Experts are saying that Iran has already passed the peak of the virus as daily new deaths continue to plunge.

Nevertheless, there is no time to relax and forget about the social distancing measures which some say will stay with us for a long time. The global economy is bracing for the biggest recession since the great depression as the International Monetary Fund (IMF) releases forecasts for 2020 growth. Early restrictions did prevent further spread of the virus; however, the cost will shortly be paid by economies around the world.

Under such circumstances, some businesses and entities with particular interest are thriving. The digital gambling industry is seeing skyrocketing profits as people stuck at home come across live casino real money advertisements on the internet. Gambling is almost completely and profoundly banned in Iran. However, the digital era enables unlicensed, and often illegal businesses to find the platform on the web. Gambling is an example, as individuals left without a stable income, stuck at home, are often spending their last bits of savings on online casino platforms.

Moreover, the internet is an important source of information for people of the 21st century. We learn and read online, using often fake sources. This is particularly relevant amid the COVID-19 pandemic as lots of fake news is spread on a daily basis. Such news regarding the virus can result in increased infection rates and even deaths if not addressed properly.

Iran has been under an attack of the international community for its digital firewall a number of times. The nation is trying to isolate its web from the rest of the internet, creating a more controlled and well-organized space with as little of fake news as possible. The country is mostly criticized by the United States and Europe, which argue that such measures are restricting freedom of speech.

However, what we see now is that countries criticizing Iran for its digital firewall and internet safety measures are censoring content on the internet through some of the largest social media networks on earth. Facebook already banned anti-lockdown protest pages and events, while some other networks have announced that the content that goes against the World Health Organization recommendation will be banned.

The government of Iran has been under constant attack and criticism for regulating the internet in an attempt to limit fake news and illegal content. Yet, those who were raising their voices against Iran are now doing the same.