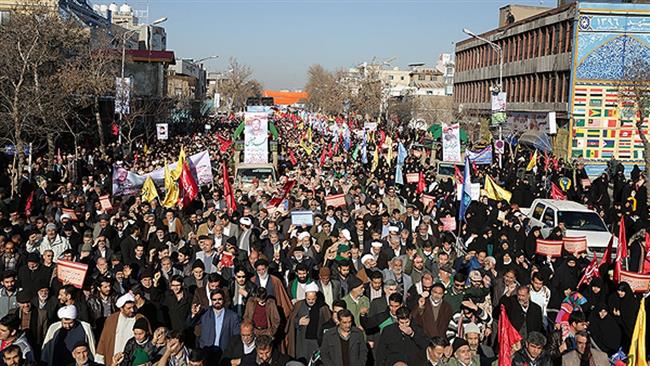 Tehran has strongly condemned as "spiteful" a recent statement by Washington on the 2009 post-election unrest in Iran.

In a statement on Tuesday, the US State Department called on Iran to put an end to the house arrest of Mehdi Karroubi and Mir Hossein Musavi, two of the candidates in the 2009 presidential election who had lost the race but claimed that the results had been rigged. The two remain under house arrest on charges of provoking the public and harming the national security.

The Iranian Foreign Ministry official condemned the US statement as “biased, suspicious, unwarranted and politically-motivated,” stressing that Iran will never accept such meddlesome approaches adopted by the US.

While remaining committed to its international obligations, Iran has prioritized the implementation of the Iranian Constitution’s principles to protect civil rights, Qassemi said, in reaction to part of the US statement that called on Iran to “respect human rights.”

Iran has on numerous occasions censured Western countries for exploiting the issue of human rights to pile up pressure on the Islamic Republic, rejecting the West’s stance on the issue as interference in the country’s internal affairs.