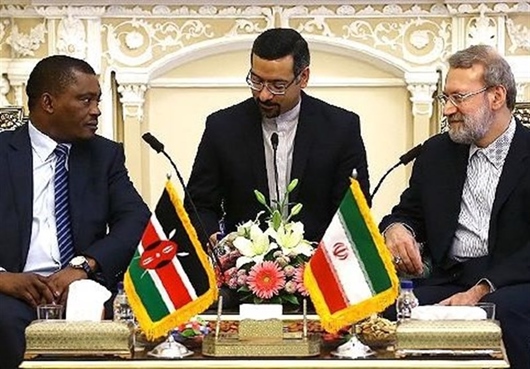 Iranian Parliament Speaker Ali Larijani called for close cooperation with Kenya in the fight against terrorism, given the two countries’ common views on the threat.

Speaking at a joint press conference with his Kenyan counterpart in Tehran on Saturday, Larijani said they discussed a range of issues in a morning meeting, including terrorist attacks in the Middle East and East Africa.

“We and Kenya have very close views on the fight against terrorism,” Larijani told reporters, expressing the hope that more bilateral negotiations would strengthen mutual cooperation in countering terrorism.

According to the Iranian speaker, Saturday’s talks with Justin Muturi also focused on economic relations between Tehran and Nairobi, including cooperation in industry, oil and gas projects, agriculture, pharmaceutical industries and medical equipment.

Expansion of relations with African nations in various fields is top on the agenda of Iran’s foreign policy.