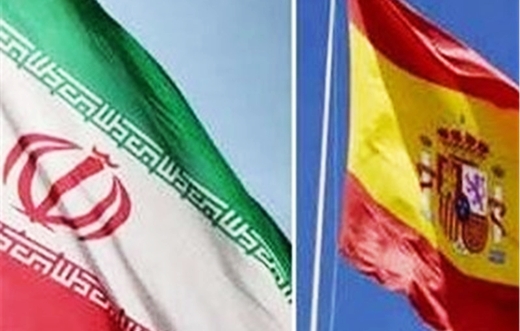 The Spanish group is coming to Tehran to sign an MOU on cooperation with Iran Power & Water Industries Equipment and Services Export Company.

A group of businessmen from Spain was due in Tehran Monday as Iran hosts more foreign delegations before termination of economic sanctions against the country.

The spokesman for Iran Power & Water Industries Equipment and Services Export Company (Sunir), Mahmoud Sharif, told IRNA on Sunday that a trade delegation from Spain is to visit Iran on Monday to develop mutual trade relations.

He added that the Spanish group which already has a working partner (Sunir) in Iran is coming here to negotiate and sign a memorandum of understanding on cooperation with Sunir.

He said that Sunir is composed of 21 independent firms involved in manufacturing different equipment.

Sharif added that also a senior official from the Armenian Energy Ministry is due to arrive in Tehran on Aug. 12 to sign a contract for exports of 1,000 MW of electricity.

The visit will take place as part of a new wave of renewed interest in ties with the Islamic Republic after Iran and P5+1 (Russia, China, the US, Britain, France and Germany) on July 14 reached a conclusion over the text of a comprehensive 159-page deal on Tehran’s nuclear program.

The comprehensive nuclear deal between Iran and six world powers would terminate all nuclear-related sanctions imposed on Iran.