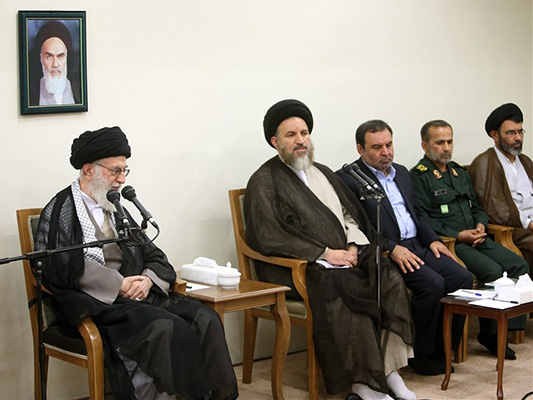 Leader of the Islamic Revolution Ayatollah Seyed Ali Khamenei cautioned that a key objective in the soft war the enemies have waged against Iran is to dissuade people from pursuing the values and undermine their beliefs.

The enemy’s purpose in the soft and covert war against Iran is people’s estrangement from resistance, making people indifferent to their aspirations and dominating the country’s mental and spiritual atmosphere, Ayatollah Khamenei said in a meeting with members of committees tasked with holding congresses to commemorate the country’s martyrs, on September 26.

The leader also warned of tactics that the enemies use to disappoint and sideline the Iranian nation, pointing to their various tools, costly propaganda as well as economic, political and security pressures.

Ayatollah Khamenei, however, highlighted the enemies’ failed attempts at damaging Iran, noting, “With its resistance and fortitude, the Iranian nation has thwarted many of the world powers’ plots.”

The Leader’s comments in that meeting were made public on Sunday morning.

Imam Khamenei has on various occasions cautioned against enemies’ cultural and political plots against Iran, including ploys aimed at impairing the religious beliefs and absorbing the talented young generation.