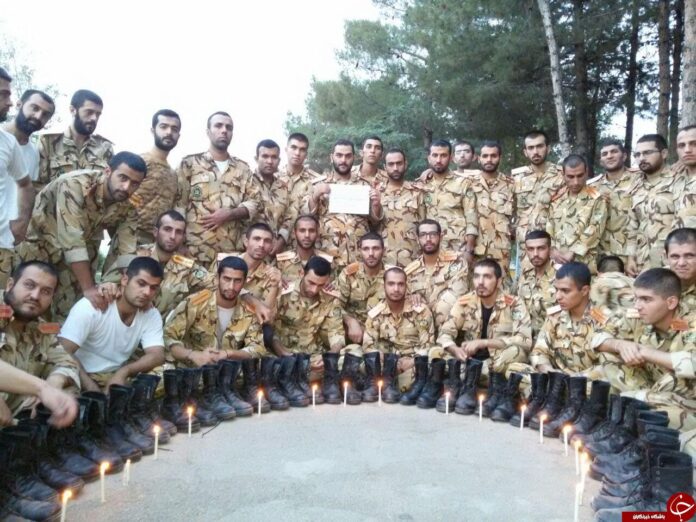 After the recent deaths of several soldiers in a bus crash in southern Iran, many Iranians were outraged and shocked, and raised online campaigns to express their solidarity with the troopers and their families, as well as calling for revisions to the rules of compulsory military service.

In the early hours of June 22, a bus carrying 36 army conscripts, who had just finished their training and were on leave to visit their families, veered off the road into a canyon in Fars Province. As the news began to come in, reports quickly surfaced that a second bus carrying army soldiers had also overturned. Reports said 19 soldiers were killed and 77 were injured in the two accidents.

Iraj Harirchi, a ranking Health Ministry official, declared that the bus which killed 19 soldiers was carrying 5 passengers over its capacity. It was also smuggling eight passengers and certain amounts of illicit drugs and cigarettes, among other items.

The Commander of Army Ground Forces, Brigadier General Ahmad Reza Pourdastan, also noted that the driver was too old [70 years old] and the bus lacked the required standards.

Later on, Leader of the Islamic Revolution Ayatollah Seyyed Ali Khamenei expressed his deep sorrow over the deadly bus accidents in southern Iran in which a number of young soldiers lost their lives, asking relevant officials to prevent similar incidents from occurring in future.

Iranian President Hassan Rouhani offered a message of condolence on the death of 19 soldiers, and ordered his ministers to make whatever efforts possible to address the problems of the injured and their families. Parliament also formed a committee to investigate the accident. The committee will prepare a report on the incident and submit it to the presiding board of the parliament in the near future.

Before official responses, the initial reactions came from users of social media. Shocked by the accidents, Iranian social media users immediately began expressing their solidarity with the soldiers and their bereaved families.

They also criticized the Islamic Republic of Iran Broadcasting (IRIB) for its slow and poor coverage of the tragic events. IRIB kept silent in the early hours, and started covering the issue only after the wide reactions of social media users.

Vaghaye Ettefaghieh daily also reported social media campaigns for “Saying No to Compulsory Military Service”. Many users lashed out at the lack of standards and sufficient facilities and equipment for the soldiers, and criticized the current rules.

There are many unofficial views on the need for changes in military service conditions in Iran. However, some official bodies like the Parliament’s Research Centre have in recent years tried to introduce more appropriate alternatives for compulsory military service.

A plan for localizing the service, in which all soldiers will serve in their places of residence, and an industrial military service plan are among official proposals to make major changes in military service.