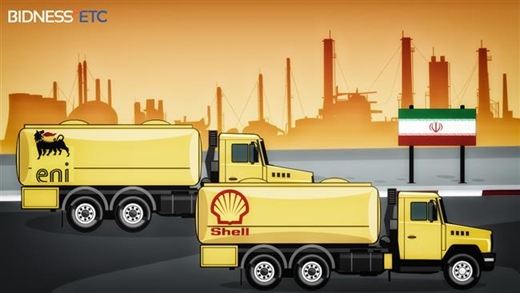 Shell is interested in returning to Iran in the fullness of time but did not expect any quick, easy deals.

“For us, (Iran) is a huge gas province so it would be good to be there — in conventional gas — at the right terms,” Shell’s financial chief Simon Henry said in London.

The company has a history of activities in Iran’s upstream projects, including in South Pars, but the firm pulled out of the world’s largest gas field’s Phase 13 development in 2008.

Shell also operated Iran’s Soroush and Nowruz oilfields in the Persian Gulf at a capacity of 200,000 barrels per day. An outstanding debt to the tune of $2.3 billion remains unpaid by the company to Iran since 2012.

The energy news provider Platts quoted Henry as saying Thursday that Shell was interested in returning to Iran ‘in the fullness of time’ but did not expect any quick, easy deals.

“Anybody who thinks that we are going to suddenly swan in and end up with great contracts that make a difference within 12 months, I think is a little naive. It’s not going to be easy, it will take time,” he was quoted as saying.

Iran wants to unveil its new energy contracts at a conference planned for December in London.

Shell and other European energy giants such as France’s Total, Italy’s Eni and BP had built strong relationships with Iran through work in the country’s oil and gas fields as well as crude oil purchases before halting them under sanctions.

Shell was Iran’s second biggest corporate client along with Total in 2012 when the Anglo-Dutch company lifted 100,000 barrels of crude oil per day.

Executives from Eni and Shell traveled to Tehran in June and May to discuss new opportunities in the resource-rich country and outstanding debts.

On Thursday, Eni’s Chief Executive Officer Claudio Descalzi said his company was interested in returning to Iran once the sanctions ended.

“Iran in terms of oil and gas is a huge and big country, very interesting, but we need to wait,” he said in a Bloomberg Television interview.