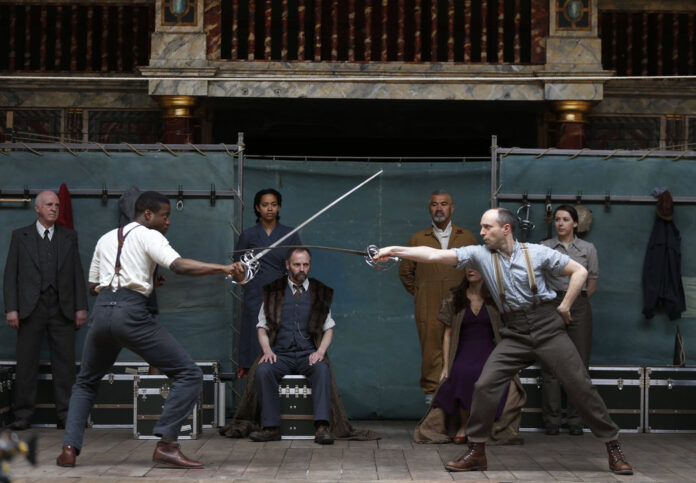 The performance is the Globe’s two-year tour, which will help introduce and endear millions of people to Shakespeare, to classical literature and the performing arts in general, and notably to Hamlet.

Shakespeare’s Globe is a charity and continues to operate under the leadership of Artistic Director Dominic Dromgoole. The Globe Theatre season plays in repertory from April to October annually, and has gained an international reputation for performance excellence, welcoming more than one million visitors annually.

Photo: Actors perform a scene from William Shakespeare’s Hamlet for members of the media during a photo call to present Hamlet at Shakespeare’s Globe theater in London on April 23, 2014. (AP Photo/Lefteris Pitarakis)
Subscribe